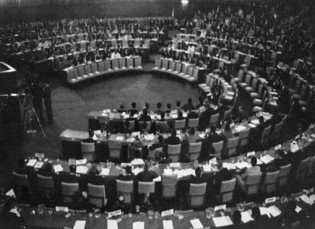 By Jomo Kwame Sundaram
It has become clear that the South, including the least developed countries, has little reason to expect any real progress to the almost half century old commitment to transfer 0.7 percent of developed countries’ income to developing countries. But to add insult to injury, developing countries have, once again, been denied full participation in inter-governmental discussions to enhance overall as well as national tax capacities.
Next Page »
ADVERTISEMENT ADVERTISEMENT