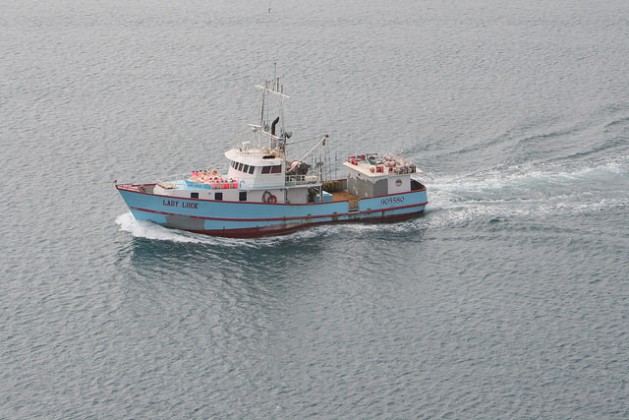 Governments are moving towards an agreement on how to manage the high seas. Credit: Christopher Pala/IPS

UNITED NATIONS, Aug 30 2016 (IPS) - The high seas – oceans which fall beyond the jurisdiction of any country – make up about two thirds of the world’s ocean and half of the total surface of planet earth.

In negotiations currently underway at UN headquarters, governments are trying to decide how they will share, conserve and sustainably use the marine resources and biological diversity that exist within these vast waters.

Beyond the contents of the 1994 UN Convention on the Law of the Sea (UNCLOS), governments have yet to agree to the finer details of how they will manage the marine resources in the high seas.

However interest in what lies beneath the high seas is growing, prompting the need for a more detailed agreement, Elizabeth Wilson, Director of International Ocean Policy for The Pew Charitable Trusts, told IPS.

“What we’re seeing now with the current state of technology, the high seas are becoming more and accessible, and there are more and more ideas about how people can use the high seas.”

As well as deciding how the benefits of the high seas will be shared, governments are also discussing the potential consequences of exploitation, she added.

“The concern is growing about how all these cumulative uses could have a significant negative impact on the high seas and that we therefore need a better way to manage them,” said Wilson.

“We depend on oceans and the health of the oceans depend on us.” -- Virachai Plasai, Ambassador and Permanent Representative of the Kingdom of Thailand to the UN and Chair of the G77.

During the current meeting, taking place from 26 August to 9 September, a preparatory committee is considering the text of what will eventually become an international legally binding instrument on the conservation and sustainable use of marine biological diversity of areas beyond national jurisdiction (BBJN).

The committee is considering four key areas: marine genetic resources, including questions on the sharing of benefits; measures such as area-based management tools, including marine protected areas; environmental impact assessments; and capacity-building and the transfer of marine technology.

“So far what’s been talked about is more general ideas,” said Wilson.

“We really expect that at this meeting (which started on) Friday they are going to start to get into a lot more detail,” she said.

“There’s been a lot more technical work done since the last preparatory committee meeting (in March 2016) and so we hope that this will really be a chance to dig into what the agreement might look like and how it can be structured.”

The Chair of the Preparatory Committee has created a list of over 120 questions to be considered by negotiators, in this second of four two-week rounds of negotiations. The third and fourth sessions will take place in 2017.

The questions the committee will consider include:

During the first preparatory committee meetings held in March, Prim Masrinuan, Counsellor, Permanent Mission of Thailand to the United Nations delivered a statement outlining the position of the Group of 77 and China on area-based management tools, including  marine protected areas. The group represents 134 developing countries at the UN.

“While it is important that the new instrument should not undermine the existing marine protected areas established either by global sectoral or regional organizations, we are of the view that there is a need for an institutional mechanism to coordinate the existing management tools at global level,” said Masrinuan.

Masrinuan added that the Group of 77 and China wanted principles such as the precautionary approach, the science-based approach, transparency and accountability to inform considerations.

“Such principles are also important in the process of establishment of marine protected areas,” said Masrinuan.

Supporting the importance of a precautionary approach, Virachai Plasai, Ambassador and Permanent Representative of the Kingdom of Thailand to the UN and Chair of the G77 told IPS:

“We are of the view that the UN member States, including the G77 members, must be aware of our common responsibilities towards the future generations.”

“We depend on oceans and the health of the oceans depend on us.”

Commenting on the participation of the 134 developing countries represented by the G77 in the preparatory committee meetings, Wilson noted:

“I think overall we’ve seen great participation in the negotiations from G77 countries and a real willingness to work on something that will lead to a strong agreement,” she said.

“(The G77) definitely have an interest in the conversations about marine genetic resources and interest in capacity building and technology transfer.”

“They’ve also been quite proactive on the environmental portions of the agreement.”