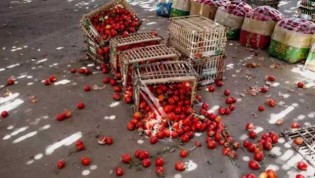 By Jeffrey Moyo
At his house in Mabvuku, a high-density suburb in Harare, the Zimbabwean capital, 86-year-old Tinago Murape claims his grandchildren starve him.

By Solange Bandiaky-Badji and Torbjørn Gjefsen
US $270 million may sound like a lot of money, especially for just one year. But it is only a small fraction—less than one percent—of all global funding for climate change adaptation and mitigation.  This small fraction, however, is the annual amount that was invested in the tenure and forest management of Indigenous Peoples and local communities (IPs and LCs) over the past decade.

By Abby Maxman
Last week, as world leaders gathered in New York for the 77th United Nations General Assembly, one topic came up more than most: looming famine. That’s because despite a global commitment to make famine a relic of the past, it is once again knocking at our door.

By Anis Chowdhury and Jomo Kwame Sundaram
Inflation phobia among central banks (CBs) is dragging economies into recession and debt crises. Their dogmatic beliefs prevent them from doing right. Instead, they take their cues from Washington: the US Fed, Treasury and Bretton Woods institutions (BWIs).

By Baher Kamal
Have you eaten today – or are sure you will? The answer depends on where you were born and where you live now. If you are Spanish or live here, you likely did or will, provided that you are not one of this European country’s 900.000 inhabitants who face some sort of hunger, malnutrition or undernourishment.

By Sohanur Rahman
Each year, low-emitting countries like Bangladesh are the greatest sufferers and, paradoxically, pay the biggest price in losses and damages resulting from climate change.
Next Page »
ADVERTISEMENT ADVERTISEMENT