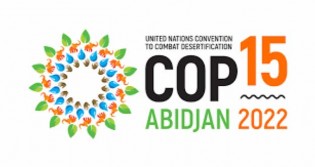 By Baher Kamal
Once completed in 2030, it could well be considered the world’s eighth wonder, this time natural. It is the African-led Great Green Wall or the largest living structure on the planet – an 8.000 kilometres natural hit stretching across the entire width of the continent.

Too Harmful: The March of Salt and Plastics on World Soils

By Baher Kamal
There are more under-reported consequences of human activities unmatching the rhythm of Mother Nature. Such is the case, among many others, of the growing salinisation and ‘plastification’ of the world's soils.

Severe Water Stress, Absolute Scarcity for 2 to 4 Billion Humans by 2025

By Baher Kamal
Now it comes to the scary water crises, as it is estimated that, globally, over two billion people live in countries that experience high water stress.

By Alison Kentish
This November, five years after signing the Paris Agreement and pledging to limit global warming to 2 degrees Celsius above pre-industrial levels, with a further target of below 1.5 degrees Celsius, world leaders will meet in Glasgow, UK amid COVID-19 pandemic shocks, rising hunger and an Intergovernmental Panel on Climate Change report that warns of more extreme temperature, droughts, forest fires and ice sheet loss due to human activity.
Next Page »