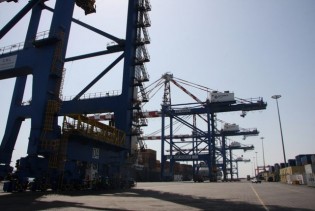 Early Coal Retirement: How about a Global Auction

By Philippe Benoit and Chandra Shekhar Sinha
Report after report highlights that we can only achieve the greenhouse gas (GHG) emission reductions required by the climate goals of the Paris Agreement if much of the existing coal power generation capacity is retired early.  To this end, one concept that deserves greater consideration is conducting an auction for early retirement of coal power plants worldwide: a global coal retirement auction. This article sets out the broad outlines of how this global auction might operate.

By Philippe Benoit
With COP 27 approaching, pressure is mounting on wealthy countries to increase their support to poorer ones in the face of climate change. The recent floods in Pakistan have amplified this issue.  China, as the world’s second largest economy, will similarly face increasing pressure to help other developing countries on climate.

By Philippe Benoit
U.S. President Biden just hosted The Summit for Democracy to demonstrate the advantages of democracy in the global competition with authoritarian regimes. The U.S. can succeed in this competition by demonstrating to the people of developing countries (i.e., the vast majority of the world’s population) how coupling democracy and development is the best course to improve their lives.

By Philippe Benoit
President Xi announced last month that China is stopping its financing for new coal-fired power plants overseas. With this announcement from Beijing, the governments of the world’s largest economies have now achieved a consensus to halt their overseas funding of coal plants in developing countries, thereby advancing global efforts to reduce future carbon dioxide (CO2) emissions.

By Ricardo Raineri and Philippe Benoit
While COVID-19 continues to wreak havoc across Latin America, its governments are developing policies which they hope will provide for a rapid economic recovery when the pandemic wanes.
ADVERTISEMENT ADVERTISEMENT