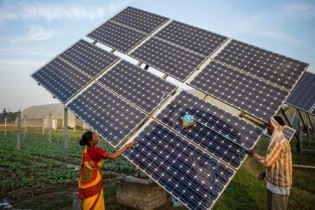 Palm Oil for Biodiesel in the Amazon: Sustainable Fuel or Deforestation Risk?

By Monica Prestes
Oil palm, known as dendezeiro in Brazil, can produce up to ten times more vegetable oil per hectare than other crops, but it is regularly condemned as harmful to the biodiversity of tropical forests in Asia, Africa and Latin America. Now, its cultivation looks set to advance in the Brazilian Amazon.

By Jan Lundius
Georg Hegel once stated: ”What experience and history teach is this — that nations and governments have never learned anything from history, or acted upon any lessons they might have drawn from it.” Nevertheless, self-taught historian Vladimir Putin has learned to interpret history in his own manner. During COVID he went down in Kremlin’s archives and after studying old maps and treaties he wrote a lengthy essay On the Historical Unity of Russians and Ukrainians, while declaring that ”the formation of an ethnically pure Ukrainian state is an aggression directed against Russia.”

By Sara Bardhan
Coal—considered to be one of the most polluting fossil fuels and, therefore, one of the biggest contributors to climate change—took centre stage at COP 26. A last-minute intervention by India during the negotiations resulted in a crucial amendment to the coal pledge in the Glasgow Climate Pact.