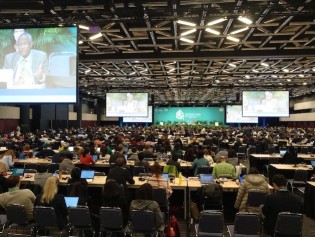 By Stella Paul
In a landmark agreement, all parties of the United Nations Convention on Biological Diversity (UNCBD) adopted the draft Global Biodiversity Framework (GBF) to protect at least 30% of the world’s lands and water by 2030.

On the occasion of World Environment Day, 5 June 2021, drawing from IPS’s bank of features and opinion editorials published this year, we are re-publishing one article a day, for the next two weeks. The original article was published on April 1 2021

By Stella Paul
15-year-old Humaira* sits on the mud floor of her hut in Ukhiya camp, Cox's Bazar, listening as the rain beats down on the tarpaulin roof.
Next Page »
ADVERTISEMENT ADVERTISEMENT