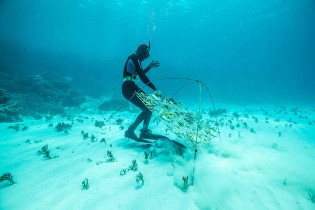 On the occasion of World Environment Day, 5 June 2021, drawing from IPS’s bank of features and opinion editorials published this year, we are re-publishing one article a day, for the next two weeks. The original article was published on January 4 2021

By Catherine Wilson
Local communities in the vicinity of the abandoned Panguna copper mine, have taken decisive action to hold the global mining multinational, Rio Tinto, accountable for alleged environmental and human rights violations during the mine’s operations between 1972 and 1989.

By Catherine Wilson
Ishmael Toroama, a former revolutionary leader and fighter during the decade long civil war which engulfed the remote islands of Bougainville in Papua New Guinea (PNG) in the 1990s, has been elected the autonomous region’s new President ahead of high-level talks about its political future.

By Catherine Wilson
At the mouth of the Mataniko River, which winds its way through the vibrant coastal port town of Honiara to the sea, is the sprawling informal community of Lord Howe Settlement, which hugs the banks of the estuary and seafront. A walk from the nearby main road to the beach involves a meandering route through narrow alleys between crowded dwellings, homes to about 630 people, which are clustered among the trees and overhang the water.
Next Page »
ADVERTISEMENT ADVERTISEMENT