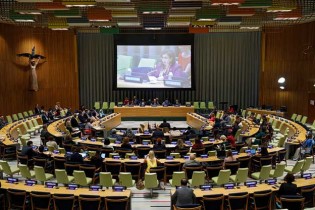 By Nayema Nusrat
As the global gathering for gender equality, the Generation Equality Forum, kicks off in Paris on June 30, 2020, IPS conducted an exclusive interview with Katja Iversen.
Next Page »