Stories written by Zofeen Ebrahim
Zofeen Ebrahim is a Karachi-based journalist who has been working independently since 2001, contributing to English dailies, including Dawn and The News, and current affairs monthly magazines, including Herald and Newsline, as well as the online paper Dawn.com. In between, Zofeen consults for various NGOs and INGOs. Prior to working as a freelance journalist, Zofeen worked for Pakistan’s widely circulated English daily, Dawn, as a feature writer. In all, Zofeen’s journalism career spans over 24 years and she has been commended nationwide and internationally for her work. | Twitter | 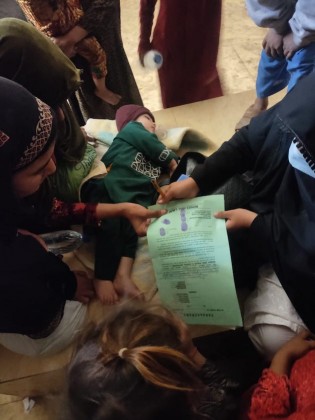 Endgame for Polio in Pakistan

By Zofeen Ebrahim
“It was like a heavy burden had been lifted, and I could breathe easier,” said Irum Khan, a polio worker, recalling the cloudy, gloomy, winter morning of January 28, 2022, when her supervisor announced Pakistan had not reported a single case of a child afflicted with polio since January 27, 2021, when the last time a polio case was reported from the province of Balochistan.

By Zofeen Ebrahim
Balance is the absolute key, says Alia Chughtai, a journalist who started a catering service with filmmaker Akhlaque Mahesar, by the name of Aur Chaawal (And Rice), two years ago.

By Zofeen Ebrahim
Twenty-three-year-old Sarah Tajammal felt a sense of “impending doom” as she fought high fever, nausea, bouts of vomiting and extreme fatigue after being diagnosed with dengue two weeks back.

By Zofeen Ebrahim
Sliced noses, broken ribs, fractured fingers, slashed arms, bruised and bloodied faces with teeth missing and eyes swollen... Sana Jawed, 30, has been witnessing these brutalities for over a decade.
Next Page »
ADVERTISEMENT ADVERTISEMENT