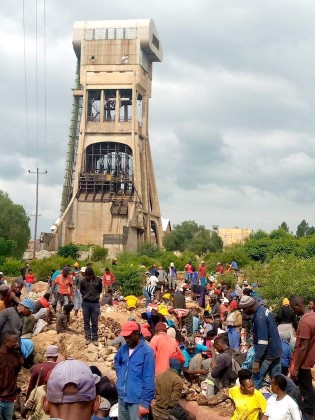 By Joseph Chamie
Despite the objections, resistance and protests taking place in many countries around the world, raising the official retirement age to receive government provided pension benefits is coming soon.

By Kathleen Mogelgaard
Global population is about to reach 8 billion, a mere 11 years after it reached 7 billion. The official Day of 8 Billion is observed by the UN November 15, though it's hard to pinpoint exactly when we pass the actual milestone.

By Rina Mukherji
Fourteen-year-old Priti Pyne was returning from school in Basra village in South 24 Parganas, West Bengal, when she and a friend came across a cold-drink seller selling an attractive-looking drink. The moment the girls sipped it, however, they felt dizzy. When they woke up, it was on a Delhi-bound train at Sealdah station in Kolkata. With the help of other passengers, the girls managed to get off the train.

By Armida Salsiah Alisjahbana
Ten years ago, the Asia-Pacific region came together and designed the world’s first set of disability-specific development goals: the Incheon Strategy to “Make the Right Real” for Persons with Disabilities. This week, we meet again to assess how the governments have delivered on their commitments, to secure those gains and develop the innovative solutions needed to achieve fully inclusive societies.

By Mariela Jara
Lourdes Barreto, 47, says that as an agroecological small farmer she has improved her life and that of Mother Earth. "I love myself as I love Mother Earth and I have learned to value both of us," she says in her field outside the village of Huasao, in the highlands of the southern Peruvian department of Cuzco.
Next Page »