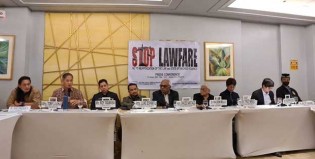 After 43 Years of Negotiations, Security Council Reforms Move at the Pace of a Paralytic Snail

By Thalif Deen
The reform of the Security Council, the most powerful body at the United Nations, has remained a never-ending political saga. According to the President of the General Assembly, Csaba Kőrösi of Hungary, 43 years have passed since the question of Security Council reform first appeared on the UN agenda.

Security Council Reform: Big Five are the Heart of the Problem

By James Paul
The UN Charter mandates the Security Council to maintain international peace, but wars rage on and nations arm themselves with ever more lethal weapons. No wonder that the Council’s critics are so many and calls for its reform so urgent.

Making the UN Charter a Reality: Why is UN Day Important for Asians at the UN?

By Shihana Mohamed
To commemorate the seventy-seventh UN Day, the United Nations Asia Network for Diversity & Inclusion (UN-ANDI) held a panel discussion on the topic “Making the UN Charter a reality”. The discussion took place virtually on 27 October, and the event was attended by diverse participants from around the world.

By Daniel Gutman
They were on the brink of shipwreck and did not leave happy, but did feel satisfied that they got the best they could. The countries of the global South achieved something decisive at COP27: the creation of a special fund to address the damage and loss caused by climate change in the most vulnerable nations.
Next Page »