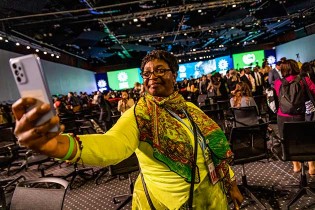 By John R. Bryson
The one thing that has become clear is that there is no point in negotiating with Putin. Ukraine is considered as the gates of Europe, or a borderland with a brutal past.

Social media usage has allowed smugglers of wildlife products to expand their network’s reach using Rwanda as a transit route, an investigation by IPS correspondent Aimable Twahirwa shows. Twahirwa reached out to wildlife traffickers using the medium during his investigation of how traders use one of the busiest border crossings, known as “Petite Barrière,” to hide the contraband among other goods.

By Christine M. Sequenzia and Soraya M. Deen
Eleven out of 57 members of the Organization of Islamic Cooperation (OIC) still sanction the death penalty for blasphemy and apostasy, silencing their citizens and emboldening violence by non-state actors.

By Jan Lundius
After President Putin had given a speech, garnered with accusations and myths, a mega-show at the Red Square celebrated the re-entry of four Ukrainian regions to the bosom of Mother Russia. This while a mass mobilization was preparing to throw hundreds of thousands of young men into the hell of war. Why are people trusting, supporting and even admiring a political leader like Putin? One of many reasons might be his stance as Supreme Leader, a Strongman.
Next Page »

Issues of crime and justice are as pertinent to development as they have ever been. The struggle for abolition of the death penalty is not over, and penal reform is desperately needed in many countries around the world. From violence to religious persecution, white-collar crime to police brutality, we keep you updated with reports from around the world. IPS correspondents focus on the causes of crime, attempts to prevent it, and the process of bringing those who commit crimes to justice. We also cover the campaign against capital punishment, and for legal and prison reforms that would give prisoners the right to life, and also to justice and decency.