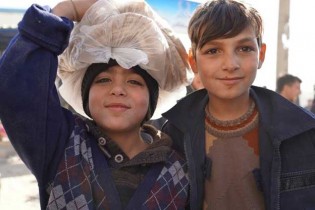 By Baher Kamal
In what looks pretty much like an ‘operation clean sweep’ aiming at getting rid of more and more migrants, refugees and asylum seekers by shipping them far away, the process of ‘externalisation’ of millions of victims of wars, poverty, climate crisis and political persecution, is now growing fast

High Cost of Debt is Crippling Developing Nations: How can we Bridge the Finance Divide?

By Navid Hanif
As the world is rocked by a confluence of crises, the global economic outlook for 2022 is becoming ever more uncertain and fragile. Prospects for sustainable development for all and achieving the Sustainable Development Goals (SDGs) by 2030 are bleak, particularly for developing countries.

By Oli Henman and Lysa John
Russia’s war in Ukraine has left many communities facing catastrophe. In a world already wracked by multiple crises such as searing inequality and escalating climate change, this conflict is tearing through communities.

By Thalif Deen
The unprecedented flow of arms to Ukraine, and the rising miliary spending by European nations to strengthen their defenses, are threatening to undermine development aid to the world’s poorer nations.

By Antonio Guterres
Now, since the Russian Federation’s invasion of Ukraine, the world’s attention has been focused on the war’s terrifying levels of death, destruction and suffering.

By Hanna Shelest
In the eyes of the Kremlin leadership, the basic precondition of the successful war against Ukraine has been the perceived power of the Russian Armed Forces and possible superiority over the Ukrainian forces.

Deepening Stagflation: Out of the Frying Pan into the Fire

By Anis Chowdhury and Jomo Kwame Sundaram
The world is sailing into a perfect storm as key leaders seem intent on threatening more war, albeit while proclaiming the noblest of intentions. By doing so, they block international cooperation to create conditions for sustainable peace and shared prosperity for all.

Why We Must Remember Afghanistan

By Kern Hendricks
While all eyes are on Ukraine, Afghanistan’s humanitarian crisis has been forgotten. But only with international aid can Afghans build a future.

By Inge Kaul
The majority of the world wants peace. This is clear by now. Just consider the many large-scale anti-war demonstrations taking place around the world; and the outpour of solidarity and support for the people in the Ukraine and the more than one million Ukrainians who fled from their country.
Next Page »
ADVERTISEMENT ADVERTISEMENT