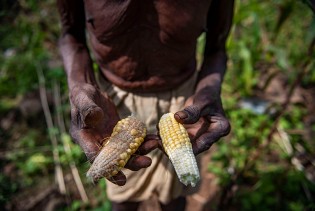 By Naureen Hossain
In this year alone, the global impact of compounding crises demonstrates, more than ever, why food scarcity must be addressed internationally and how there must be a shift in the food and agricultural systems.

By Naureen Hossain
Governments are determined to control information and are prepared to imprison journalists to achieve this mission, the Committee to Protect Journalists (CPJ) said following the release of their annual global census tracking journalists who were imprisoned and killed in 2021.

By Naureen Hossain
Education Cannot Wait Director Yasmine Sherif urged the world to support their efforts to provide education to children living in Afghanistan – in what she called the “biggest humanitarian crisis” on earth.
ADVERTISEMENT ADVERTISEMENT