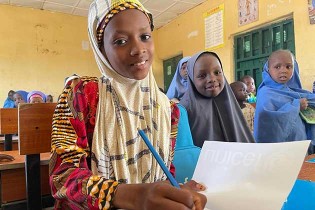 By Peter A Gallo
The U.S. Government has recently published 'Engagement Principles' on Protection from Sexual Exploitation Abuse & Sexual Harassment within International Organizations', and while any involvement from Member States is to be encouraged, these principles do not address the fundamental need for either deterrence or for accountability.

By Anwarul K. Chowdhury
Calling it “so disappointing and disheartening” in social media on 17 October, Dr. Rosie James, a British medical expert, announced that “I was sexually assaulted by a World Health Organization (WHO) staff tonight at the World Health Summit.”

By Yasmine Sherif
Schools, students and teachers continue to be targeted and attacked in countries around the world. Over the past two years, we have seen a substantial increase in the number of attacks on education. Innocent children, adolescents and teachers are being killed, raped and abducted. Schools and universities are bombed, burned down and used for military purposes. Girls and boys are too scared to walk to school and face intimidation and other attacks. These are severe breaches of international humanitarian law and ultimately – and absolutely – inhumane.
Next Page »

One in three women around the world have been subject to violence. Women face physical, sexual, and psychological violence in both public and private. Taking forms such as violence in the intimacy of a relationship, human trafficking, and sexual exploitation, gender violence is an issue that affects women in all countries. Only two-thirds of countries have outlawed domestic violence, leaving millions of women unprotected from abuse including from marital and de facto partners in many cases. Additionally, through human trafficking countless women are subjected to sexual exploitation and sexual violence, including horrific acts such as genital mutilation. Today many actors from individuals, to multinational organizations work to address these issues. These articles help to shed light on the violence that women experience every day and how its is being addressed.