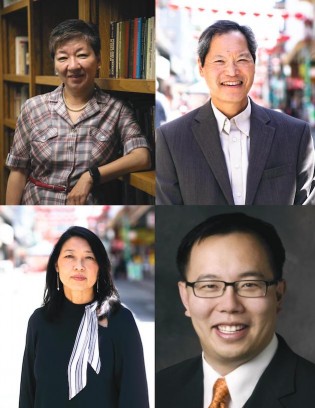 By Jim Lobe
The evening news programs of the three dominant U.S. television networks devoted more coverage to the war in Ukraine last month than in any other month during all wars, including those in which the U.S. military was directly engaged, since the 1991 Gulf War against Iraq, according to the authoritative Tyndall Report. The only exception was the last war in which U.S. forces participated in Europe, the 1999 Kosovo campaign.

US Migration Policy Is Enriching Cartels at the Busiest, and Most Dangerous, Part of the US-Mexico Border

By Adam Isacson
“The migrants try to organize themselves to stay safe,” a humanitarian worker told me as we stood near a town square in Reynosa, Mexico, steps away from the U.S. border. More than 2,000 people from many countries, blocked from asking for asylum in the United States, were packed into this square block, living under tents and tarps, amid port-a-potties and cooking fires. Children were everywhere.

By Marty Logan
When Canada and Nepal are used in the same sentence it’s usually because the former is supporting development efforts in the latter. Not when it comes to feeding children at school.

By Azza Karam
A “Joint Statement of the Russian Federation and the People’s Republic of China, issued on February 4, 2022 on International Relations Entering a New Era and the Global Sustainable Development”, contains laudable and strong language about commitment to democracy and human rights:

By Norman Solomon
Hidden in plain sight, the extreme hypocrisy of the U.S. position on NATO and Ukraine cries out for journalistic coverage and open debate in the USA’s major media outlets. But those outlets, with rare exceptions, have gone into virtually Orwellian mode, only allowing elaboration on the theme of America good, Russia bad.

How Can We End Systemic Racism in the US Legal System?

By Ian McDougall
Systemic racism in the US has had devastating consequences for generations of individuals from diverse backgrounds. Our legal system, which is intended to be color-blind, should be an essential tool in eliminating racism. But instead—despite legislative, educational and social efforts aiming to provide equal access to justice—the US ranks only 21st in the World Justice Project Rule of Law Index 2020.

By Philippe Benoit
U.S. President Biden just hosted The Summit for Democracy to demonstrate the advantages of democracy in the global competition with authoritarian regimes. The U.S. can succeed in this competition by demonstrating to the people of developing countries (i.e., the vast majority of the world’s population) how coupling democracy and development is the best course to improve their lives.

Plastic Trash in the Ocean is a Global Problem, and the US is the Top Source

Plastic waste of all shapes and sizes permeates the world’s oceans. It shows up on beaches, in fish and even in Arctic sea ice. And a new report from the National Academies of Sciences, Engineering, and Medicine makes clear that the U.S. is a big part of the problem.

By Anna Shen
Once again, the U.S. faces a test case along racial lines. Will the courts mete out justice in the case of Ahmaud Arbery, a 25-year-old Black man who was shot and killed by three white men while jogging in Georgia?

By Thalif Deen
The United Nations has come under heavy fire for continuing a 20-month-long ban on non-governmental organizations (NGOs)– even though the Secretariat is expected to return to near-normal by November 15 after a pandemic lockdown going back to March 2020.

After a 20-Month Lockdown, UN Plans to Return to Near-Normal by Mid-November

By Thalif Deen
The United Nations, which suffered a pandemic lockdown over the last 20 months-- with most staffers tele-working from their homes-- is expected to return to near-normal, come November 15.

By Jamile Tellez Lieberman and Joe Amon
Last month, asylum-seeking families at the U.S.-Mexico border appeared to have won a victory, however temporary, in their last-ditch bid for safety in the United States. It was also a victory for evidence-based public health policy.

By Jomo Kwame Sundaram
As finance ministers and central bank governors gather next week for the IMF-World Bank annual meetings in the US capital, the first shots of a new putsch against multilateralism have been fired. The target: Kristalina Georgieva, Fund Managing Director (MD) since 2019.

By Jomo Kwame Sundaram
US President Biden’s earlier support for a vaccine patent waiver raised hopes for his summit last week. However, it proved disappointing, not only for efforts to end the pandemic, but also for US leadership in these challenging times.

By Sania Farooqui
Last year, as the world grappled to survive the Covid-19 Pandemic, Megan Fernandas an accountant living in Toronto, was trying to face her biggest fear, not the COVID-19 virus, but missing her doctor's appointment after surviving a rigorous fight against stage 2 breast cancer.
Next Page »