Stories written by Joseph Chamie
Joseph Chamie is a consulting demographer, a former director of the United Nations Population Division and author of numerous publications on population issues, including his recent book, "Births, Deaths, Migrations and Other Important Population Matters." 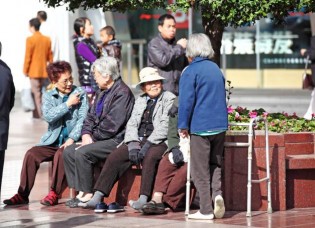 By Joseph Chamie
Despite the objections, resistance and protests taking place in many countries around the world, raising the official retirement age to receive government provided pension benefits is coming soon.

By Joseph Chamie
Contrary to the often-cited hype and nonsense of some celebrities reported in the news media, the world’s population of 8,000,000,000 human beings is not going to collapse any time soon.

By Joseph Chamie
Many people around the world, especially those among the political far-right, do not accept the climate change crisis. Over the years their thinking, behavior, and policies dismissing climate change have largely continued and impaired global efforts to address global warming and environmental degradation.

By Joseph Chamie
A world with open borders, as some strongly advocate while others insist on maintaining controlled borders, is an interesting exercise to consider given its potential consequences for nations, the planet's 8 billion human inhabitants, climate change, and the environment.

By Joseph Chamie
Twilight for the 1951 Refugee Convention is becoming a 21st century reality for an increasing number of countries worldwide.
Next Page »
ADVERTISEMENT ADVERTISEMENT