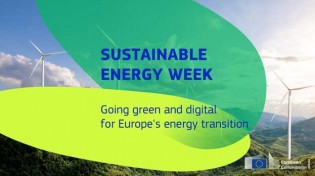 By Nickolay Kapitonenko
Before the war, Ukraine's dream to become part of the EU was exactly that – a dream. But the new political reality could make it come true. Russia’s invasion of Ukraine changed and to some extent even destroyed the familiar international political reality. Up until 24 February, Russia had been integrated into the global economy, had excellent growth prospects, and the construction of the Nord Stream 2 gas pipeline was almost finished.

By Baher Kamal
In what looks pretty much like an ‘operation clean sweep’ aiming at getting rid of more and more migrants, refugees and asylum seekers by shipping them far away, the process of ‘externalisation’ of millions of victims of wars, poverty, climate crisis and political persecution, is now growing fast
Next Page »
ADVERTISEMENT ADVERTISEMENT