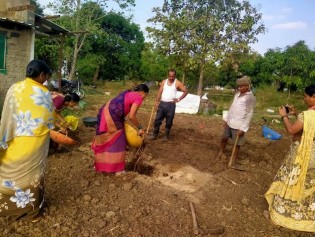 By Umar Manzoor Shah
Last month, in the midst of New Delhi’s coronavirus lockdown, 37- year-old labourer Prakash Kumar wanted to return to his rural home in India’s northern state of Uttar Pradesh. But instead of travelling the usual few hours by bus, Kumar had to journey for three days.

By Umar Manzoor Shah
In central Kashmir’s Ganderbal district, 40-year-old Javaid Ahmad Hurra remembers vividly how his small hamlet used to be lush and green when he was a child. It is now subtly turning into a concrete jungle, with cement structures dominating the scenery.
ADVERTISEMENT ADVERTISEMENT