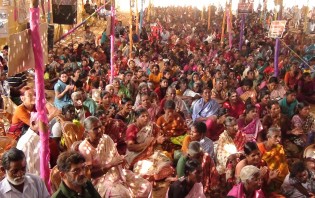 CAN BUSAN FORGE A NEW DEAL FOR AFRICA?

By Mandeep S.Tiwana and Netsanet Belay
In the hope for a fairer deal on aid for the continent, African leaders are planning to present a unified position at the Fourth High Level Forum on Aid Effectiveness (HLF4) in Busan, South Korea. Currently, discussions are underway between the African Union, New Partnership for Africa's Development (NEPAD), and private sector and civil society representatives on how to improve the impact of aid for the most vulnerable and marginalised. The outcome of these discussions will then be taken to Busan in November this year as the 'African Consensus and Position on Development Effectiveness'.

CAN EMERGING DEMOCRACIES CHALLENGE THE MORAL HEGEMONY OF WESTERN POWERS?

By Mandeep S.Tiwana
Interestingly, the website of the North Atlantic Treaty Organization proudly proclaims "NATO Allies decided on March 27 to take on the whole military operation in Libya under UN Security Council Resolution 1973." This sole claim of ownership over a UN-sponsored mandate by a military alliance is indeed worrying and begs the question whether international precedents are being established here to conflate a multi-lateral UN force with a NATO force.
ADVERTISEMENT ADVERTISEMENT