In this column, Mandeep Tiwana, a lawyer specialising in human rights and civil society issues and Head of Policy and Research at CIVICUS, the global civil society alliance, argues that in recent years there has been a perceptible rise in restrictions on civil space and suggests four key drivers: a global democratic deficit, a worldwide obsession with state security and countering of ‘terrorism’ by all actors except the state, rampant collusion by a handful of interconnected political and economic elites, and the disturbance caused by religious fundamentalist and evangelist groups seeking to upend the collective progress made by civil society in advancing the human rights discourse.

JOHANNESBURG, Jun 10 2015 (IPS) - Whistle-blowers like Edward Snowden and Julian Assange are hounded – not by autocratic but by democratic governments – for revealing the truth about grave human rights violations. Nobel peace prize winner, writer and political activist Liu Xiaobo  is currently languishing in a Chinese prison while the killing of Egyptian protestor, poet and mother Shaimaa al-Sabbagh, apparently by a masked policeman, in January this year continues to haunt us.

CIVICUS, the global civil society alliance, has documented serious abuses of civic freedoms in 96 countries in 2014 alone. The annual report of the international advocacy group, Human Rights Watch, laments that the once-heralded Arab Spring has given way almost everywhere to conflict and repression while Amnesty International’s Annual Report 2014/2015 calls it a devastating year for those seeking to stand up for human rights. 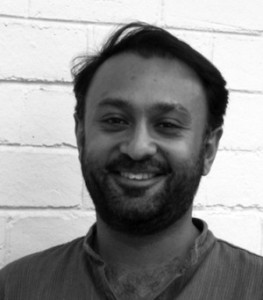 In recent years, there has been a perceptible rise in restrictions on civic space – the fundamental freedoms of expression, association and peaceful assembly. While the reasons for the eruption of repressive laws and attacks on dissenters vary, negative effects are being felt in both democracies and authoritarian states.

It is increasingly evident that the dangers to civic freedoms come not just from state apparatuses but also from powerful non-state actors including influential business entities and extremist groups subscribing to fundamentalist ideologies. This begs a deeper analysis into the extent and causes of this pervasive problem.

In several countries, laws continue to be drawn up to restrict civic freedoms. They include anti-terror laws that limit freedom of speech, public order laws that limit the right to protest peacefully, laws that stigmatise civil society groups through derogatory names such as ‘foreign agents’, laws that create bureaucratic hurdles to receive crucial funding from international philanthropic institutions as well as laws that prevent progressive civil society organisations from protecting the rights of marginalised minorities such as the LGBTI community.

In this situation, it is indeed possible to identify four key drivers of the pervasive assault on civic space. The first is the global democratic deficit.  Freedom House, which documents the state of democratic rights around the world, has reported declines in civil liberties and political freedoms for the ninth consecutive year in 2015.

In too many countries, peaceful activists exposing corruption and rights violations are being stigmatised as ‘national security threats’, and subjected to politically motivated trials, arbitrary detentions and worse. There appears to be no let up in official censorship and repression of active citizens in authoritarian states like China, Cuba, Iran, North Korea, and Vietnam.

Freedom of assembly is virtually non-existent in such contexts, and activists are often forced to engage online. But when they do so, they are demonised as being agents of Western security agencies.

Ironically, excessive surveillance and/or hounding of whistle-blowers by countries such as Australia, France, the United Kingdom and United States – whose foreign policies are supposed to promote democratic rights – are contributing to a global climate where close monitoring of anyone suspected of harbouring dissenting views is becoming an accepted norm.

The second driver – and linked to the global democratic deficit – is the worldwide obsession with state security and countering of ‘terrorism’ by all actors except the state. The decline in civic space began after the attack on the World Trade Centre in September 2001 when several established democracies introduced a slew of counter-terror measures weakening human rights safeguards in the name of protecting national security.

The situation worsened after the Arab Spring uprisings of 2011 as authoritarian leaders witnessed the fall of long-standing dictators in Egypt and Tunisia following widespread citizen protests. The possibility of people’s power being able to overturn entrenched political systems has made authoritarian regimes extremely fearful of the free exercise of civic freedoms by citizens.

This has led to a severe push back against civil society by a number of repressive regimes in the Middle East and North Africa. Governments in Bahrain, Egypt, Jordan, Oman, Saudi Arabia and the United Arab Emirates have stepped up their efforts to prevent public demonstrations and the activities of human rights groups.

Similar reverberations have also been felt in sub-Saharan African countries with long-standing authoritarian leaders and totalitarian political parties. Thus repression of civic freedoms appears to have intensified in countries such as Angola, Burundi, Ethiopia, Gambia, Rwanda, Sudan, Swaziland and Zimbabwe.

Activists and civil society groups in many countries in Central Asia and Eastern Europe where democracy remains fragile or non-existent such as Azerbaijan, Belarus, Hungary, Kyrgyzstan, Russia, Turkey, Uzbekistan and Turkmenistan are also feeling the heat following governments’ reactions to scuttle demands for political reform.

In South-East Asia too, in countries such as Cambodia and Malaysia which have a history of repressive government and in Thailand where the military seized power through a recent coup, new ‘security’ measures continue to be implemented to restrict civic freedoms.

The third major driver of closing civic space is the rampant collusion and indeed capture of power and resources in most countries by a handful of interconnected political and economic elites.

Oxfam International projects that the richest one percent will own more wealth than 99 percent of the globe’s population by 2016.  Thus civil society groups exposing corruption and/or environmental degradation by politically well-connected businesses are extremely vulnerable to persecution due to the tight overlap and cosy relationships among elites.

With market fundamentalism and the neo-liberal economic discourse firmly entrenched in a number of democracies, labour, land and environmental rights activists are facing heightened challenges.

At least 29 environmental activists were reported murdered in Brazil in 2014. Canada’s centre-right government has been closely monitoring and intimidating indigenous peoples’ rights activists opposing large commercial projects in ecologically fragile areas. India’s prime minister recently urged judges to be wary of “five-star activists“ even as the efforts of Greenpeace India to protect forests from the activities of extractive industries have led it to be subjected to various forms of bureaucratic harassment including arbitrary freezing of its bank accounts.

The fourth and emerging threat to civic space comes from the disturbance caused by religious fundamentalist and evangelist groups seeking to upend the collective progress made by civil society in advancing the human rights discourse.

Failure of the international community to prevent violent conflict and address serious human rights abuses by states such as Israel and Syria is providing a fertile breeding ground for religious extremists whose ideology is deeply inimical to the existence of a vibrant and empowered civil society.

Besides, religious fundamentalists are able to operate more freely in conflicted and politically fragile environments whose number appears to be rising, thereby exacerbating the situation for civil society organisations and activists seeking to promote equality, peace and tolerance.

Current threats to civic space and civil society activities are a symptom of the highly charged and polarised state of international affairs. The solutions to the grave and interconnected economic, ecological and humanitarian crises currently facing humanity will eventually have to come from civil society through a reassertion of its own value even as political leaders continue to undermine collective efforts.

Beginning a series of conversations on how to respond to common threats at the national, regional and international levels is critical. Establishment of solidarity protocols within civil society could be an effective way to coalesce around both individual cases of harassment as well as systemic threats such as limiting legislation or policies.

It is perhaps time to examine the possibility of a comprehensive legally binding convention on civic space that better articulates the extent and scope of civic space, so essential to an empowered civil society.  However, laws are only as good as the commitment of those charged with overseeing their implementation.

Importantly and urgently, to reverse the global onslaught on civic space and human rights, we need visionary political leadership willing to take risks and lead by example.

Over the last few years, analysts have noted with horror the steady dismantling of hard won gains on civic freedoms. Many thought things could get no worse. … but they did.

It is time to start thinking seriously about stemming the tide before we reach the point of no return. Ending the persecution of Assange, Snowden and Liu Xiaobo could be a good start for preventing precious lives such as Shaimaa’s from being lost.