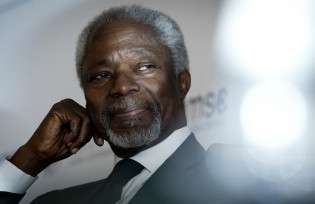 By Roberto Savio
With the inauguration of Donald Trump on Jan. 20, the new leadership of the most powerful nation has signaled it is breaking away from the rest of the world. Here, a few thoughts...

OPINION: Central America, Still Caught Up in the Arms Race

By Lina Barrantes Castegnaro
The recent announcement of the Nicaraguan government’s 80-million-dollar purchase of 50 Russian tanks caught the attention of the press in Latin America and caused alarm in the international community.

By Farhang Jahanpour
Although some regional countries initially opposed the nuclear deal between Iran and the P5+1 (the United States, Russia, China, United Kingdom, France and Germany), once the Joint Comprehensive Plan of Action (JCPOA) was signed by the two sides in July 2015, practically all regional countries welcomed it. After the initial agreement in Lausanne, U.S. President Barack Obama invited all the Gulf Cooperation Council (GCC) leaders to a Camp David summit in May and all of them expressed support for the deal.

Israel’s Opposition to the Nuclear Treaty with Iran

By Farhang Jahanpour
Relations between Iran and Israel go back almost to the foundation of the State of Israel in 1948. Iran was the second Muslim-majority country to recognize Israel as a sovereign state, following Turkey, and the two countries had very close diplomatic and even military cooperation for many decades.

By Farhang Jahanpour
Speaking about the framework agreement on Iran’s nuclear programme that was reached between Iran, the P5+1 (China, France, Russia, United Kingdom, United States­ plus Germany) and the European Union, Joseph Cirincione, a leading nuclear expert and president of Ploughshares Fund, said:

Opinion: Kenya Cannot Rise If Its Women Are Left Behind

By Zebib Kavuma and Siddharth Chatterjee
Consider this. A young girl called Amina Mohamed who is the 8th of 9 children, from a modest Muslim home in Kakamega County in Kenya was encouraged by her parents to complete her education and pursue her dreams.

By José Graziano da Silva
The next 15 years will be decisive for our planet’s future. During this period we will face some of the 21st Century’s greatest challenges, amidst an ongoing and profound transition in the global economy.

By Roberto Savio
The long saga on Greece is apparently over – European institutions have given Athens a third bailout of 86 billion euros which, combined with the previous two, makes a grand total of 240 billion euros.
Next Page »
ADVERTISEMENT ADVERTISEMENT