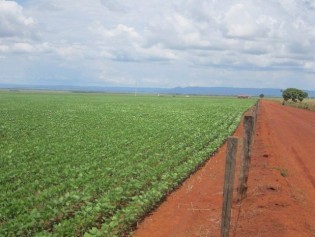 By IPS Correspondents
Right now, out of a total of 211.7 million Brazilians, 116.7 million are experiencing some level of food insecurity, 43.4 million do not have enough food, and 19 million were facing hunger, reveals a June 2022 report by the Brazilian Research Network of Food and Nutrition Sovereignty and Security (Rede PENSSAN).

By IPS Correspondents
Between the devastating effects of climate change and the fast advancing new technologies, it seems now evident that the future of food will change. Whether it's new foods like jellyfish, edible insects and cell-based meat, or new technologies like blockchain, artificial intelligence and nanotechnology, the future promises exciting opportunities for feeding the world, says a new report.

By IPS Correspondents
“My mother used to just stay at home, now she has come back and is an engineer and a leader. She is on the Village Energy Committee,” said a 10-year-old girl from the village of Chekeleni, in Tanzania’s southeastern Mtwara district.
Next Page »
ADVERTISEMENT ADVERTISEMENT