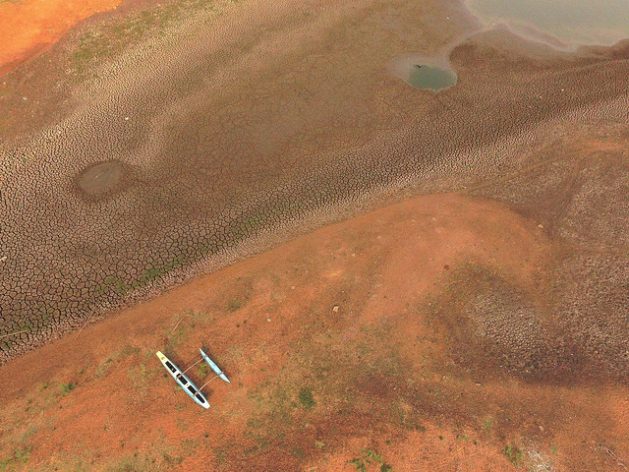 The worst drought in 40 years has forced thousands in Sri Lanka to abandon their livelihoods and seek work in cities. Amnesty International says that they will be taking on climate change as a human rights issue. Credit: Amantha Perera/IPS

Laying out his ambitious goals for the organisation and the global human rights movement as a whole is Kumi Naidoo, Amnesty International’s newest Secretary General.

“In my first message as Secretary General, I want to make clear that Amnesty International is now opening its arms wider than ever before to build a genuinely global community that stretches into all four corners of the world, especially in the global south,” Naidoo said as he took up his position.

“I want us to build a human rights movement that is more inclusive. We need to redefine what it means to be a human rights champion in 2018. An activist can come from all walks of life,” he continued.

Hailing from South Africa, Naidoo got his start in social justice while protesting apartheid in his home country and has since worked on issues of education, inequality, and climate change.

“Our world is facing complex problems that can only be tackled if we break away from old ideas that human rights are about some forms of injustice that people face, but not others. The patterns of oppression that we’re living through are interconnected,” said Naidoo.

IPS spoke to Naidoo about the importance of intersectionality, climate change, and his vision for one of the biggest human rights organisations in such divisive times. 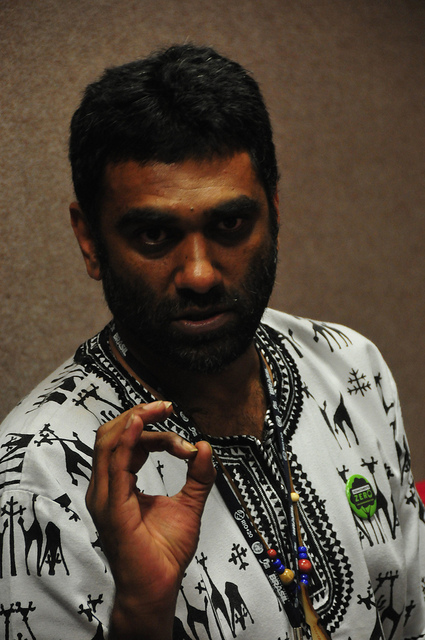 IPS: Why is it so important for intersections and the coming together of human rights organisations, and how do you envision this happening?

Naidoo: Well firstly, I think people would be being somewhat delusional if they think individual organisations are going to deliver results. Part of whether Amnesty is able to be successful is that we depend upon the quality of the relationships and alliances that we build with organisations working on the ground.

The good thing is that because of Amnesty’s moving-to-the-ground strategy, which was to move more capacity from London to the different regions, means now we’ve got on-the-ground capacity so those partnerships can happen more easier.

But more than that, it is about the intersection of the agendas.

So part of our success will depend on how good we are at making common cause with issues where they are intersecting.

Part of the problems in the past is that people only wanted to form an alliance if they agreed on everything, and that’s not what alliances are about and not what coalitions are about.

An example I use is when I was the chair of the Global Call to Action Against Poverty which IPS was part of. One of the big tensions there was how do you, in that broad movement keep the religious folks and the women’s movement together? The women’s movement wanted very explicit commitment by the Global Call to Action Against Poverty that we are committed to reproductive rights. And then the religious folks said if you put that there, then we are leaving the coalition.

So what we did was put them in the same room, and said come up with a solution. And at the end, they came up with language that said we support reproductive health. So it was less than what the feminist movement wanted, but it was more than what the religious movement wanted but they found a way to actually live with that.

Because on everything else—on women’s employment, on stopping violence against women and all of that—they had no disagreement.

Let’s be honest the problem is so many fault lines and divisions that are emerging on religious ground, on race, class, migration and so on and unless we can create safer and more spaces for dialogue to talk about differences, and how do we manage difference, we will end up with more and more conflicts.

Naidoo: What I hope it means is that Amnesty’s being on the ground means that it is more sensitive to on the ground knowledge, taking its lead from local people and being more humble in how it analyses and understands its own role.

For people on the ground, hopefully it means it gives them a great sense of confidence that a well-known organisation that has a long track record, has won the Nobel Peace Prize and all of that, is an ally that will strengthen their struggles.

And sadly, you know, I’ve seen it happen a thousand times, many of our leaders on the continent: if a local NGO says I want to meet with you about about A,B,C, they will say no. If some international organisation that is a big brand says they want to meet, they will get the meeting.

So part of what it hopefully means is we will help amplify the voices of the people that we partner with.

Naidoo: Let’s put it in the words of Sharan Burrow, the first woman to lead the International Trade Union Confederation (ITUC). She and I were having a meeting with former Secretary-General of the UN, Ban Ki-moon, and we were waiting for him and so we swapped each other’s notes around. She was doing the climate change pitch and I did the labor and decent worker pitch. And you could see Ban Ki-moon looking at his [notes]—is this the Greenpeace person or is the labour person?

And [Burrow] said to him, “You know Mr. Secretary General, you must wonder why me as a trade unionist, where I supposed to fight for decent work and better working conditions, am so passionate about climate change?”

So I mean, there is no more important human right than the right to life, right?

And that is why I always say, our struggle is not to save the planet. The planet does not need saving. Because the end result is that if we continue on the path that we are, we warm the planet to a point where we become extinct. The planet will still be here. And in fact once we become extinct as a species, the forests will recover, the oceans will replenish themselves.

So the struggle we are engaged in is whether humanity can fashion a new way to mutually co-exist with nature in an interdependent relationship for centuries and centuries to come.

And that is why the human rights movement has to take climate change seriously.

*Interview has been edited for clarity and length