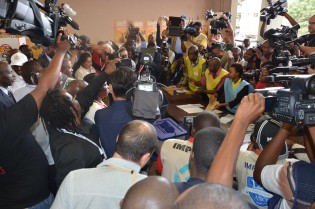 By Madeleine Penman and Marselha Gonçalves Margerin
Today in Miami, the governments of US and Mexico are putting aside their well-publicized tensions of recent months and co-hosting a conference on security and governance in Central America´s Northern Triangle of El Salvador, Guatemala and Honduras, from where thousands of people flee extreme violence to seek asylum in the US and Mexico.

By Erika Guevara-Rosas
The image of a group of men in suits making decisions about the rights of women is becoming an emblematic sign of the backlash against our human rights, particularly those related to women´s bodily integrity and reproductive and sexual freedoms.
Next Page »
ADVERTISEMENT ADVERTISEMENT