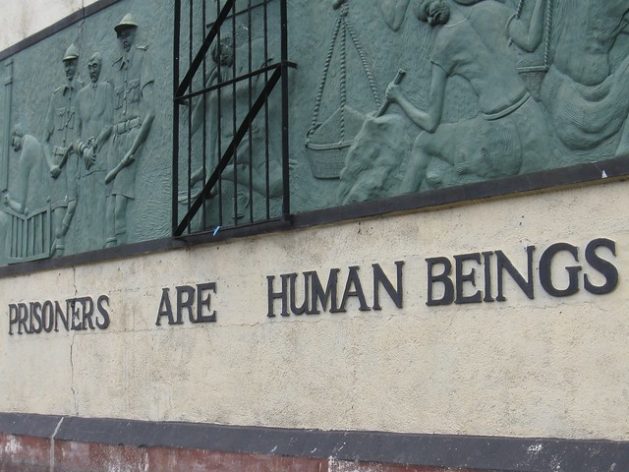 UNITED NATIONS, Apr 11 2019 (IPS) - While figures have dropped, the “inhuman” use of the death penalty still remains too common worldwide, a human rights group said.

In a new report, Amnesty International found that global executions fell by almost one-third last year, making it the lowest rate in at least a decade.

“The dramatic global fall in executions proves that even the most unlikely countries are starting to change their ways and realise the death penalty is not the answer,” said Amnesty International’s Secretary General Kumi Naidoo.

“This is a hopeful indication that it’s only a matter of time before this cruel punishment is consigned to history, where it belongs,” he added.

For instance, Burkina Faso abolished the death penalty in 2018, while both Malaysia and the Gambia declared an official moratorium on executions.

In Iran, where the death penalty is an all too common form of punishment, executions fell by a whopping 50 percent.

Despite the positive news, the use of the death penalty has continued, violating basic human rights including the right to a fair trial and the importance of ensuring dignity and respect.

According to Amnesty International, there were 2,531 death sentences globally in 2018, just a slight decrease from 2,591 reported in 2017.

Though there was some progress, Iran still continues to account for more than one third of all recorded executions.

In fact, approximately 78 percent of all known executions were carried out in just four countries: Iran, Saudi Arabia, Vietnam, and Iraq.

Hồ Duy Hải is among 600 people under the death sentence in Vietnam, and still remains at risk of execution.

Convicted of theft and murder, Hồ Duy Hải said he was tortured and forced to sign a “confession” which he later retracted.

In 2015, the Committee on Judicial Affairs of the National Assembly found serious violations of criminal procedural law in the handling of Hồ Duy Hải’s case.

“It has been 11 years since he was arrested and our family was torn apart. I can no longer bear this pain. Just thinking about my son suffering behind bars hurts me so much,” his mother Nguyễn Thị Loan told Amnesty International.

“I would like the international community to help reunite my family. You are my only hope,” she added.
While exact figures are unknown, China is still the world’s top executioner with potentially thousands of people sentenced to death each year.

The death penalty is applied in a range of offences including non-violent offences which violates international law and standards as they do not classify as the “most serious crimes.”

In June 2018, authorities in Lufeng city in southeastern China conducted a “mass sentencing rally” where 10 people were charged for drug-related offences and executed.

Elsewhere, the use of the death penalty has been reintroduced which, in some cases, is happening in countries that have had a decades-long moratorium.

Sri Lankan President Maithripala Sirisena said he would reinstate executions after more than 40 years and apply death sentences to those convicted of drug offences, like the Philippines.

The government even posted a job advertisement seeking an executioner with “excellent moral character” and a “very good mind and mental strength.”

Sudan resumed the implementation of death sentences after a hiatus in 2017, including the sentencing of Noura Hussein.

Hussein, a young Sudanese woman, was married against her will to Abdulrahman Mohamed Hammad at the age of 16 and was raped when she refused to consummate the marriage.

When Hammad tried to rape her again, Hussein defended herself and in the struggle, he sustained a fatal knife injury and died.

Despite evidence of self-defence, Hussein was convicted and sentenced to death, prompting global outrage.

“I was in absolute shock when the judge told me I had been sentenced to death. I hadn’t done anything to deserve to die. I couldn’t believe the level of injustice – especially on women,” Hussein told Amnesty International.

“My case was especially hard as at the time of sentencing, my family had disowned me. I was alone dealing with the shock,” she added.

The global struggle is still far from over, Naidoo noted.

“Slowly but steadily, global consensus is building towards ending the use of the death penalty…from Burkina Faso to the U.S., concrete steps are being taken to abolish the death penalty. Now it’s up to other countries to follow suit,” he said.

“We all want to live in a safe society, but executions are never the solution. With the continued support of people worldwide, we can – and we will – put an end to the death penalty once and for all.”