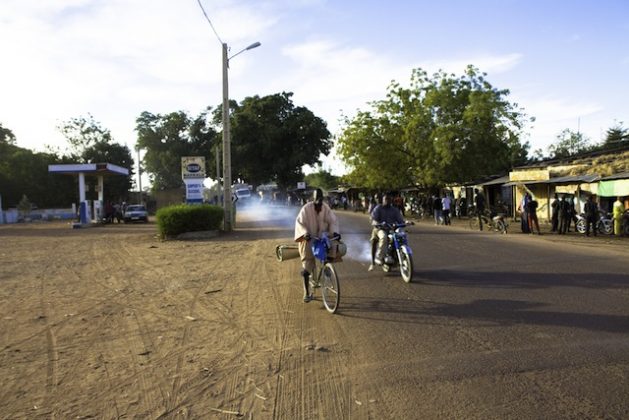 The Western Sahel has been in the grip of a security crisis since 2012, when Tuareg rebels in Mali grouped together in an attempt to administer a new northern state called Azawad. Credit: Marc-André Boisvert/IPS

UNITED NATIONS, Jun 10 2020 (IPS) - The combination of rife insecurity, food insecurity and more than 7.5 million people in need of humanitarian assistance has left the Sahel a region in crisis, with the global coronavirus pandemic expected to exacerbate the situation.

In a briefing released today, Jun. 10, Amnesty International painted a picture of rife insecurity in the Sahel, with a civilian population “trapped between attacks by armed groups and ongoing military operations”.

The briefing, titled ‘They Executed Some and Brought the Rest with Them: Civilian Lives at risk in the Sahel’, details the grave reality in the region, especially across Mali, Niger, and Burkina Faso, including “at least 57 cases of extrajudicial executions or unlawful killings, and at least 142 cases of enforced disappearances” that have allegedly been committed by soldiers between February and April.

The organisation stated that in Mali and Burkina Faso the deliberate killing of unarmed citizens by security forces could be counted as war crimes.

A range of concerns

The briefing comes on the back of a recent United Nations Economic and Social Council (ECOSOC) high-level talk about the region where Ramesh Rajasingham, Acting Assistant Secretary-General for Humanitarian Affairs at the U.N. Office for the Coordination of Humanitarian Affairs (OCHA), said the current situation in the Sahel region was “in every sense of the word a crisis”.

Rajasingham noted that between 2019 and now, the region experienced an exponential rise in its need for humanitarian assistance: with 7.5 million people in Burkina Faso, Niger and Mali requiring assistance — up from 6.1 million just a year ago.

He added that issues such as food insecurity and displacement of people were adding to this need, and that 5.5 million out of 12 million people in the larger Sahel are “just a step away” from “emergency levels of food insecurity”.

“These are the highest levels of food insecurity we have witnessed in this region in a decade,” he said. “The socio-economic fallout from COVID-19 is likely to double these numbers.”

According to Ousmane Diallo, a Sahel researcher at Amnesty International, the COVID-19 pandemic “is not the defining feature in the region due to its emergence but it constitutes another challenge that different governments must contend with”.

“Some of the measures that were taken such as restrictions to freedom of assembly or to the continuation of the lockdown measures and curfew generated a lot of tensions – political, economical, but also on human rights issues,” Diallo told IPS.

“Some of those actors who were critical of how the government handled the pandemic,  especially some of the emergency funds that were set up in order to meet the socio-economic effect of the pandemic, were sometimes arrested or even charged with causing public disorder,” he said.

Achim Steiner, Administrator, U.N. Development Programme (UNDP) and Vice Chair of U.N. Sustainable Development Group said; “Before the onset of COVID-19, the central Sahel region was trapped by protracted conflict, violent extremism, competition over accessible lands and water and the [dangers of] climate change with temperatures rising at one and a half times faster than the global average.”

According to the Africa Centre for Strategic Studies, violent activity involving militant Islamist groups in the Sahel has doubled every year since 2015.

The academic institution noted that since 2013, Mali, Burkina Faso and Niger have doubled their military budgets, amounting to a total of some $600 million.

“The governments of Mali, Burkina Faso, and Niger have mobilised their security structures in an effort to respond to the rise in militant Islamist group violence,” the Africa Centre for Strategic Studies said.

Not the first human rights violations

But Diallo told IPS that this is not the first time Amnesty International has documented human rights violations committed by security forces, and that international actors must be swift in taking action.

“There’s been announcements about investigations that [have] never been conclusive or led to sanctions,” he said.

One such incident was the Apr. 9 arrest and execution of civilians in Burkina Faso’s Soum province when soldiers arrived in the town of Djibo in a long convoy of pick-ups and motorbikes.

“They arrested several youths who were around a well, watering animals,” an eye witness is reported by Amnesty International as saying.

Though the soldiers later released a number of the youths, including those under-age, three individuals had been retained in custody.

“Hours later, we heard gunfire but dared not go and inquire until the military had left. I lost a paternal cousin and two maternal uncles that day,” the eye witness said.

The arrests had led to the execution of 31 residents by the GFAT (Groupement des forces anti-terroristes).

While on Apr. 20 the Burkinabè government acknowledge these extrajudicial killings, stating that the Direction de la Justice Militaire had been mandated to investigate it, there have been no further updates on the investigations.

“Sustained development investment is key to strengthening basic services: food security and nutrition displacement demand our full attention support,” he said, adding that women and children must be kept as the highest priority in any approach.

Cessouma Minata Samate, Commissioner for Political Affairs at the African Union Commission highlighted the need for cooperation from all levels of society.

“We need to [be] including local communities,” she said, adding that the approach should be inclusive.