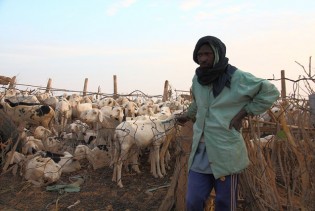 By Carey L. Biron
Reporting that the worst of the food crisis in the Sahel region of Africa appears to have been averted, the United Nations’ top official on the area, David Gressley, warned on Wednesday that the potential passing of the immediate emergency should not divert international attention from what needs to be done in 2013, which he calls a critical year for building resilience in the region.

Q&A: The World Must Learn From Smallholder Farmers