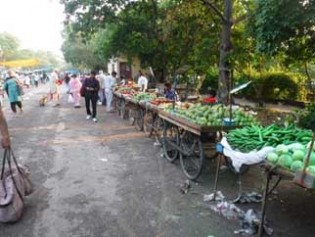 By Frederic Mousseau
On October 22, 2017, the World Health Organization (WHO) announced that it had removed Zimbabwean president Robert Mugabe as a goodwill ambassador following outrage and concerns raised by his appointment just two days before.

By Frederic Mousseau
James Sze Yuan Lau and Ivan Su Chiu Lu must be extremely busy men. Together, they are listed as directors of some 30 companies involved in various activities and services related to logging or agribusiness in Papua New Guinea (PNG). The former is the managing director of Rimbunan Hijau (RH) PNG and son-in-law of RH’s founder Tiong Hiew King; the latter is executive director of RH PNG Ltd.. All but two of these 30 companies have the same registered address at 479 Kennedy Road, in the national capital, Port Moresby–the headquarter of the RH group in the country.

By Frederic Mousseau
The Bunong tribe of Cambodia, the Bagyeli people of Cameroon, and the villagers of Malen Chiefdom in Sierra Leone share a common struggle.

IS THE WORLD PREPARED FOR THE NEXT FOOD CRISIS?

By Frederic Mousseau
Two years after the peak of 2007-2008, international food prices are on the rise again. With poor crops in Eastern Europe, international wheat prices have jumped more than 50 percent this summer -a harsh reminder that international food markets remain highly volatile, subject to a variety of factors, like unfavourable climate conditions, decisions over food stocks or exports by governments or private actors, fluctuations of oil prices (determining the level of food being used as fuel) or financial speculation.
ADVERTISEMENT ADVERTISEMENT