Frédéric Mousseau* is Policy Director at the Oakland Institute 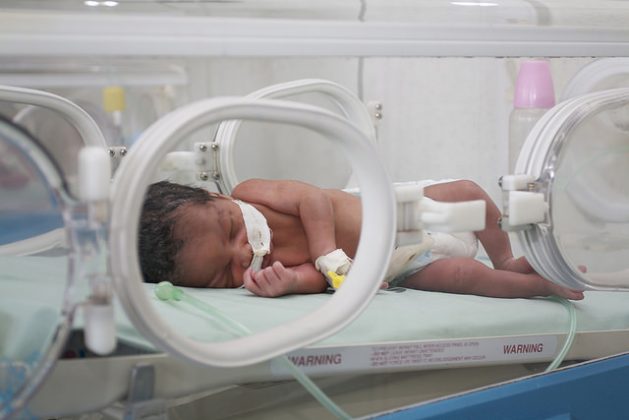 OAKLAND, CALIFORNIA, Oct 27 2017 (IPS) - On October 22, 2017, the World Health Organization (WHO) announced that it had removed Zimbabwean president Robert Mugabe as a goodwill ambassador following outrage and concerns raised by his appointment just two days before.

A Guardian article cited WHO member states and activists “who noted that Zimbabwe’s health care system, like many of its public services, has collapsed under Mugabe’s regime.” Another article explained “Mugabe, 93, is blamed in the West for destroying Zimbabwe’s economy and numerous human rights abuses during his 37 years leading the country as either president or prime minister.”

Regardless of Robert Mugabe’s fitness for the position, these commentaries do call for a clarification around who and what exactly destroyed the Zimbabwean economy and its health system.

Zimbabwe’s economic collapse started after the land reform initiated in 2000. The reform intended to remedy the skewed land repartition that was inherited from the British colonial era, during which 5,000 white farmers took possession of around half of the country’s land, leaving several million black Zimbabweans on overcrowded, less fertile land.

For many observers, it became clear in the 1990s that giving land back to black farmers was necessary to fight hunger and poverty in Zimbabwe. As stated by the World Bank “land redistribution was critical for poverty alleviation, essential for political sustainability, and imperative for increasing economic efficiency.” However, rich countries rejected the government’s requests for support for a smooth reform.

In a letter to the Zimbabwean government in November 1997, U.K. Secretary of State for International Development, Ms Claire Short bluntly stated: “I should make it clear that we do not accept that Britain has a special responsibility to meet the costs of land purchase in Zimbabwe. We are a new Government from diverse backgrounds without links to former colonial interests. My own origins are Irish and as you know we were colonised not colonisers.”

It is largely this flat rejection that resulted in the radical and violent implementation of the land reform in 2000 through which the white farms were confiscated and transferred to black farmers. Lacking resources, technical skills, and adequate support, the black farmers who resettled in these farms were initially often not able to restore the previous levels of production.

The drop in production and export earnings contributed to the economic crisis faced by the country in the early 2000s. However, ten years later, development experts recognized the reform as a success, having transferred the land occupied by some 4,000 white farmers to over one million black Zimbabweans who had restored agricultural production and improved their livelihoods.

The reform was met with anger by several Western governments, who took punitive measures including economic sanctions and cutting down development aid to the country. In the years following the reform, aid from the UK and the US went through a major shift that prioritized emergency food aid distributed by Western NGOs over public funding to health and agriculture assistance.

In the following years, despite a prevalence of HIV/Aids exceeding 20% – one of the highest in the world- Zimbabwe was excluded from the Global Fund against HIV/Aids and Tuberculosis. The disease claimed 3,000 lives every week – 170,000 per year by the mid-2000s. The number of orphans reached over 910,000 in 2005 – 20 percent of the country’s children.

Life expectancy dropped to 34 years in 2005 compared to 61 in the 1990s. The anti-retroviral drugs remained inaccessible to the majority of HIV/Aids infected people – out of 295,000 persons needing treatment, only 9,000 received it in 2004.

In May 2005, a grant of USD 10 million was provided through the Global Funds against a request for help of more than USD 300 million made by the government. Even with this grant, Zimbabwe remained the least assisted country with just over USD 1 per capita provided by the Global Fund.

A comparison with other countries in the region shows the extent of the punishment: South Africa received five times more per capita funding; Namibia, 58 times; and Swaziland, 112 times. Furthermore, Zimbabwe was also excluded from other aid packages such as the US President Initiative on HIV/Aids and the PEPFAR program. 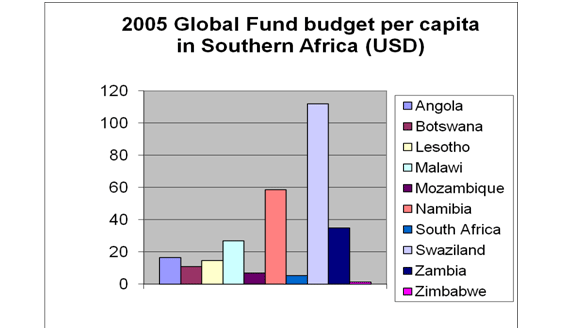 In March 2005, the Director of UNICEF warned that “despite the world’s fourth highest rate of HIV infection and the greatest rise in child mortality in any nation, Zimbabweans receive just a fraction of donor funding compared to other countries in the region” and appealed to donors “to look beyond politics and to differentiate between the politics and the people of Zimbabwe.”

The extent of Western outrage created by the nomination of Robert Mugabe as WHO Ambassador is an indication that the so-called donors still don’t look beyond politics. They have never been able to digest the land reform –the threatening precedent that Zimbabwe created in the region, where land and agriculture are still much dominated by white farmers and agribusiness corporations (in South Africa, 80 percent of the agricultural land is still controlled by white farmers today).

It is quite ironic that the WHO’s Director General, Tedros Adhanom Ghebreyesus, comes from Ethiopia, a close ally of the US and the UK. Both countries largely subsidize Ethiopia’s economy and don’t miss an occasion to praise its economic policy despite the government-led land grabbing and forced evictions of local farmers and pastoralists for the establishment of large-scale plantations.

Interesting food for thought for the new generation of African leaders.

* Frédéric Mousseau has conduccted numerous reviews and studies for international development agencies, including several research missions to investigate the crisis in Zimbabwe in the 2000s.