The writer is Policy Director at The Oakland Institute, San Francisco 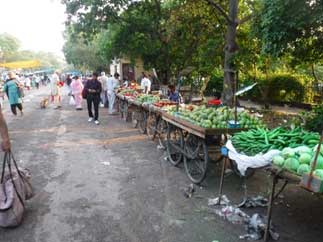 SAN FRANCISCO, USA, May 30 2022 (IPS) - India is being asked by the US government and the IMF to reconsider its decision to suspend wheat exports. Their cited concern is that export restrictions will exacerbate food shortages amidst Russia’s invasion of Ukraine. But the argument does not stand ground technically or morally.

There is no food shortage. According to a May 6, 2022 report by the United Nations Food and Agriculture Organization (FAO), the world enjoys “a relatively comfortable supply level” of cereals. This is confirmed by the World Bank, which noted that global stocks of cereals are at historically high levels and that about three-quarters of Russian and Ukrainian wheat exports had already been delivered before the war started.

These numbers are consistent with data from the Ukrainian Ministry of Agriculture that reported on May 19 that the country exported 46.51 million tons of cereals in the 2021/22 season, versus 40.85 million the previous year.

In a repeat of 2007-2008 food crisis, it is speculation which is the key factor behind the current rise in food prices in international markets. As reported by the Lighthouse Reports, “speculators have flooded commodity markets in attempts to make a profit out of escalating prices.” A striking example are two top commodity-linked “exchange traded funds” (ETFs) which have received US$1.2 billion of investments – compared to just US$197 million for the whole of 2021 – a 600 percent increase.

According to the New York Times, “in April, speculators were responsible for 72 percent of the buying activity on the Paris wheat market, up from 25 percent before the pandemic.” Olivier De Schutter, UN Special Rapporteur on Extreme Poverty and Human Rights, has rightly observed that “speculative activity by powerful institutional investors who are generally unconcerned with agricultural market fundamentals are indeed betting on hunger, and exacerbating it.” 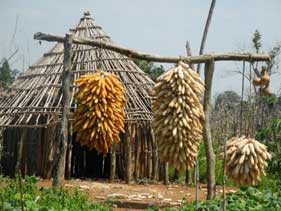 Instead of food shortage, the reality is that the world produces far more food than we eat. Over 33 percent of the food produced globally is used for animal feed as well as for other non-food uses, mainly agro-fuels.

The increasing amount of food diverted to the production of agro-fuels – again as in the 2007-2008 crisis – is another major factor fueling tension in the global cereal markets. As noted in a 2009 analysis, “although biofuels still account for only 1.5 percent of the global liquid fuels supply, they accounted for almost half the increase in the consumption of major food crops in 2006–07, mostly because of corn-based ethanol produced in the United States.”

In the US, ethanol production increased from 3.6 million barrels in 2001 to over 102 million in 2019. Despite the fact that ethanol is at least 24 percent more carbon-intensive than gasoline, under pressure from the Congress and the industry, the Biden administration has just taken steps to encourage further ethanol production while continuing to heavily subsidize it.

The US call against trade restrictions has been echoed by the World Bank, the International Monetary Fund, the World Food Programme, and the World Trade Organization, who are urging “all countries to keep trade open and avoid restrictive measures such as export bans on food or fertilizer that further exacerbate the suffering of the most vulnerable people.”

But if governments and international institutions are serious about eliminating human suffering caused by high food prices, they should abstain from pressuring countries who are trying to maintain food supply at a level which will allow national food security. It is essential that they recognize and respect food sovereignty of all nations.

Immediate key measures that countries should be taking to relieve pressure on world markets are to reduce the amount of food used as fuel, curb speculation on food products – specifically restricting the so-called future commodity markets where speculators bet on future prices.

Both the US and the European Union have instruments and mechanisms in place that allow them to act, with the Commodity Futures Trading Commission and the European Securities and Markets Authority (ESMA). What is missing is the political will to act.

What is not missing is hypocrisy. The US government-funded ethanol industry uses the equivalent of 35 percent of the global world trade of cereals of 473 million tons. The Indian export ban set to prevent hunger will affect less than 2 percent of this amount.

Meanwhile, previous research on the 2007-2008 food crisis brings evidence that India and other countries were successful in preventing price transmission to domestic markets through trade regulation measures. For example, the price of rice actually decreased in Indonesia in 2008 while it was escalating in neighboring countries.

Public interventions to prevent this transmission were a mix of trade facilitation policies (for instance, cutting import tariffs or negotiating with importers) and trade restrictions or regulations (such as export bans, use of public stocks, price control, and anti-speculation measures).

The success of measures taken to limit domestic inflation depended primarily on governments’ ability to control domestic availability and regulate markets, often based on pre-existing public systems. Export restrictions possibly contributed to increased inflation in global food markets but they constituted a fast and effective way to protect consumers by mitigating the effect of global markets on domestic prices.

But regardless of the trade measures that some countries may adopt, even in the absence of a global food shortage, the food crisis is real. Droughts, conflicts, and now high food prices, are threatening to starve hundreds of millions of people.

Unfortunately, the massive human suffering and hunger that was affecting many countries even prior to the war in Ukraine was barely met with adequate response from rich nations. UN humanitarian appeals for acute crises are chronically underfunded. In 2021, only 45 percent of the UN appeal for Yemen and the Horn of Africa was fulfilled, only 29 percent for Syria.

The US Congress just approved an aid of US$40 billion for Ukraine, including over US$26 billion of military aid. This is US$12 billion more than the US$28 billion that the US will spend globally in 2022 on international assistance through USAID.

Amidst the war on Ukraine, given the chronic shortfalls of funding to international assistance, it is critical that all countries ensure their solidarity and adequate support is provided to all victims. But beyond aid, the only reasonable decision would be for them to act decisively on the broader causes of the high food prices and curb speculation on food commodities and diversion of food for the production of fuel.

Unfortunately, given measures were not taken following the 2007-2008 food crisis, how likely is it to happen now. High income countries and international institutions may rather repeat their motto of “keep trade open” and continue business as usual. It is therefore up to governments in the Global South, in particular food deficit countries, to recognize this harsh reality and act to reduce their dependency on food imports by supporting their own farmers and proactively regulating their food and agricultural markets.

The Oakland Institute is an independent policy think tank that conducts research and advocacy on issues such as international development, environment, land, food, and agriculture.