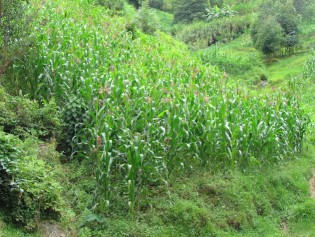 By Naureen Hossain
In this year alone, the global impact of compounding crises demonstrates, more than ever, why food scarcity must be addressed internationally and how there must be a shift in the food and agricultural systems.

By Esther Ngumbi
This September, the White House will convene a conference on Hunger, Nutrition, and Health. Leading up to the conference, the White House is organizing several virtual listening sessions across America to hear firsthand from people impacted by food insecurity and to collect ideas about how to end hunger and hunger-related diseases and disparities.
Next Page »

More than 820 million people in the world are still hungry today, underscoring the immense challenge of achieving the Zero Hunger target by 2030. Hunger is rising in almost all subregions of Africa and, to a lesser extent, in Latin America and Western Asia. There is great progress seen in Southern Asia in the last five years, but the prevalence of undernourishment in this subregion is still the highest in Asia. A disturbing fact is that about 2 billion people in the world experience moderate or severe food insecurity. The lack of regular access to nutritious and sufficient food that these people experience puts them at greater risk of malnutrition and poor health. Although primarily concentrated in low- and middle-income countries, moderate or severe food insecurity also affects 8 percent of the population in Northern America and Europe. In every continent, the prevalence rate is slightly higher among women than men.

With regard to nutrition indicators, if current trends continue, the 2030 SDG Target to halve the number of stunted children will not be met nor the 2025 World Health Assembly target to reduce the prevalence of low birthweight by 30 percent. The trends of overweight and obesity are additional reason for concern, as they continue to rise in all regions, particularly among school-age children and adults. The most recent data show that obesity is contributing to 4 million deaths globally and is increasing the risk of morbidity for people in all age groups.

The State of Food Security and Nutrition in the World, a joint report by the United Nations agencies, FAO, IFAD, WFP, UNICEF and WHO reaffirms their commitment to working together to overcome emerging challenges and free the world from hunger, food insecurity and malnutrition. The report shows that the global level of the prevalence of undernourishment has stabilised; however, the absolute number of undernourished people continues to increase, albeit slowly.

Food security is about availability, access, utilization and stability. Food and nutrition security is about protein and nutrient needs for healthy lives. A sustainable food system supports food security, makes good use of natural resources, is culturally acceptable and accessible, environmentally sound and provides consumers with nutritionally adequate, safe and affordable food for all.