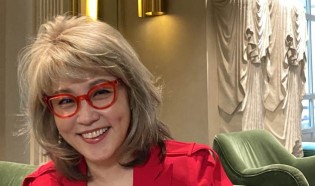 Ukraine: No Peace Without a Military Victory

By Jana Puglierin
Russia has been at war with Ukraine for more than 10 months, with no end in sight and with just as little prospect for direct negotiations between the warring parties. These were last broken off mutually on 17 May 2022.

By Natalie Goldring
More than 10 months since the Russian invasion of Ukraine, the United States and its allies continue to seek the most effective military, humanitarian, political, and economic means of assisting Ukraine.

By Karlos Zurutuza
It was a hellish journey aboard a crammed boat amid three-meter waves. It had started on a Libyan beach, and at the gates of winter. On December 11, the last 500 migrants rescued from the waters of the Mediterranean disembarked exhausted but relieved in the south of Italy. They had all been rescued by vessels run by NGOs Doctors Without Borders (MSF) and SOS Humanity.

By Elena L. Pasquini
Arms are raised, stretched out towards the sky, holding white cards with the word "peace" written in different languages. A girl, a refugee from Syria, reads the Rome’s "Appeal for peace": "With firm conviction, we say: no more war! Let's stop all conflicts […] Let dialogue be resumed to nullify the threat of nuclear weapons.” Pope Francis singed it in front of the people gathered at the Colosseum, holding the word “peace” in their hands, as representatives of the world’s religions did as well. Shortly before, members of those different religions gathered for prayer to invoke peace in their different traditions—a prayer that is “a cry” inside the ancient amphitheater.
Next Page »
ADVERTISEMENT ADVERTISEMENT