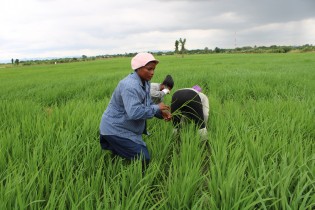 130 Countries Promise to Protect and Invest in Health Care Workers

By Alison Kentish
One hundred and thirty countries have signed a statement recognising the efforts of health care workers, first responders and essential workers during the COVID-19 pandemic – "one of the greatest global challenges in the history of the United Nations".

By Alison Kentish
President of the United Nations General Assembly Volkan Bozkir has told a high-level debate on oceans that the world cannot afford to delay action on ocean protection. “There is simply no scenario wherein we live on a planet without an ocean,” he said.

On the occasion of World Environment Day, 5 June 2021, drawing from IPS’s bank of features and opinion editorials published this year, we are re-publishing one article a day, for the next two weeks. The original article was published on April 28 2021

On the occasion of World Environment Day, 5 June 2021, drawing from IPS’s bank of features and opinion editorials published this year, we are re-publishing one article a day, for the next two weeks. The original article was published on April 23 2021