Stories written by Joaquín Roy
Joaquin Roy is "Jean Monnet" professor and Director of the European Union Centre of the University of Miami. 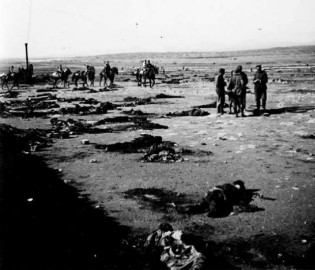 By Joaquín Roy
What for Donald Trump was an insult, for Joe Biden is an acknowledgment: the new president of the United States is the establishment in its purest form. No other similar case is remembered of having reached the presidency with a better preparation. For almost half a century he has been "inside the beltway." It is the sector occupied by the District of Columbia, which claims to be recognized as a state, surrounded by a huge highway. Biden would be perfectly accepted as a traffic guard, without passing the exam.

By Joaquín Roy
To believe that Biden's triumph is the end of the drama that has unfolded since January 2016 is an example of a mirage with fatal consequences. Pretending that those more than 70 million voters who have followed Trump to the end will disappear from the map on January 20 with the inauguration of Biden and Harris reveals a blindness to how much America has changed in recent generations.

By Joaquín Roy
The election tie, whatever the end result, that has been revealed is not a temporary phenomenon. The protagonist of Trump's resistance is not the tenant of the White House of the last four years. The real agent, although the constitutional winner is Biden, is that sector that for decades was considered an abnormality.

By Joaquín Roy
For Europe, the region closest by culture and political tradition to the United States, the mood of the day after the presidential election may be very different from that assumed a priori depending on the verdict.

By Joaquín Roy
Why, in the United States, where change is the most pronounced hallmark, do some aspects never change? Why do many bad habits resist giving way to novelties that prove to be the basis of the success of the most developed country on earth and still the leading power?  Why is the explanation for that leadership due to a few factors? Why does Trump profess a visceral opposition to immigration, knowing that it is the key to the country's success? Because millions of his compatriots interpret the sinew of American DNA as a threat to their comparative social advantage.

More Was Lost in Lisbon

By Joaquín Roy
The Barcelona Football Club disaster in the quarterfinals of the Champions League, which was once more appropriately called the European Cup, is indeed a cataclysmic event, unprecedented, with predicted drastic and hurtful consequences.

By Joaquín Roy
It is revealing that a ruler who did not serve in the military, nor enjoys any experience in war affairs, has a special inclination to use a vocabulary more typical of bloody clashes between states than in diplomatic relations.

The United States: Innovation and Immobility

By Joaquín Roy
It is the country of paradox, based on the double column of creativity and tradition. Americans are unable to escape the twin submission to the adamnism of being the first and the last to accept that the rest of the planet can be more original and may outrank them in any field.

Obama in Cuba: the Reasons for His Trip

By Joaquín Roy
At this stage of the process that began in December 2014 with the surprise announcement of the opening of relations between the United States and Cuba, hardly anything counts as spectacular news. The detail in the decision by Washington and Havana that made news in the traditional sense (man bites dog) was that the plan to sit down and talk implied that Cuba gave up its prior demand that the embargo be lifted. The United States, for its part, accepted that Cuba did not undertake to make any special changes to its own political system.