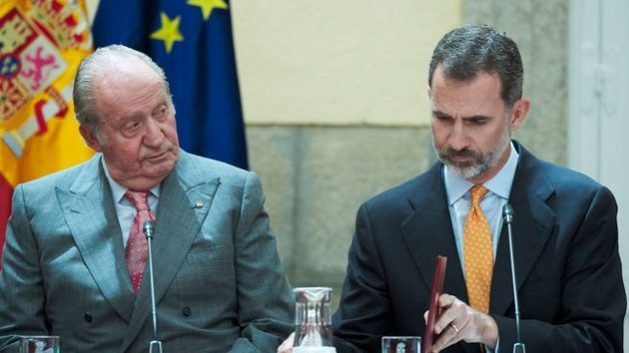 MIAMI, Aug 4 2020 (IPS) - Long ago, I was reviewing the offer of readings on the Internet, as a break from the search for academic sources for one of those articles with which to comply with professional rules, impress colleagues and students, and continue climbing steps in the university.

I first came across an interview and then a quick review of a book, the ideas of which I found extremely helpful in solving intellectual dilemmas. The interview was a quick conversation between a new journalist and a veteran movie star: Jane Fonda.

I have not confessed to being a fan of the American actress nor have I recognized her father more than as a bare-bones actor. But some time ago I was struck by the marriage (third or fourth) of Jane with whom would be the founder of a pioneering television network, a model never well imitated: CNN, the work of Ted Turner.

Over the years, I have become a trapped consumer of this news invention, to the point that now, in the midst of the double pandemic (the virus and the one caused by Trump), I cannot do without the chain, even if it is to avoid the trump FOX.

In that interview (expanded on in her book, Prime Time) Jane Fonda proposed life as a series of theatrical acts. The first phase is training, which can be extended to professional and family life consolidation, the second stage. Her proposal is that the third stage is like a third act of theater.

The evolution of life is, rather than a curve that goes up and then down, it is more like an ascending ladder. It is the third stage or act when you can be more productive, from the age of sixty or even after retirement. It is precisely in this phase when one can no longer afford to make the mistakes of the two preceding ones. In the third act you can do everything, except ridicule.

Ridicule is what King Emeritus Juan Carlos I is committing, after a long career, two previous acts in which history will recognize him full of personal achievements and political contributions.

In the first act, coinciding with his youth and personal settlement, he concentrated on complying with a script dictated by the harsh history of the first half of the 20th century in Spain.

The end of the monarchy of his grandfather Alfonso XIII, the Civil War and the Franco dictatorship imposed the rules of the game that he had to fulfill if he wanted his family to return to the throne, even if it was with the commendable sacrifice of his father Don Juan. The silence of Juan Carlos fulfilling all the steps is recognized as the basis of the achievements of the second act started.

Thanks to the collusion of the “Juancarlistas”, who were not monarchists, democracy was consolidated, culminating in the 23rd performance, of which their supposed double role as accomplice and hero has not yet been demonstrated.

The truth is that history weighed heavily on the family’s decision-making: Constantine, Queen Sofia’s brother, had lost the throne of Greece for his support of the military. Alfonso XIII had signed his delayed defenestration when he left command to General Primo de Rivera. Letting himself be carried away by General Armada, while Tejero pointed at the deputies was equivalent to a harakiri.

The truth is that this apparently impeccable second act began to show signs of malfunctioning as the already established democratic regime suffered the consequences of the faltering alternation between the two main parties.

The Socialist Party (significantly the mainstay of the Juancarlista monarchy) seemed exhausted after the repetition of Felipe González’s mandate. The coming to power of José María Aznar would be followed by a troubled foreign policy inclined towards the United States, affected by the Iraq adventure.

The moderating power of Juan Carlos suffered from lack of influence at the turn of the century due to the economic crisis. In that context, already in the third act of the monarch, it was seen how the behavior of the monarch was reeling.

Her daughter and son-in-law were accused of corruption, and the entire monarchy suffered an unprecedented trial. Her son’s wedding and the accession to the throne as Felipe VI failed to cover the damage of the father’s deteriorated behavior. The elephant Bostwana’s hunt, accompanied by his sentimental partner, led to abdication.

The discovery of the collection and laundering of commissions for the construction of the AVE to Mecca has been the drop that has filled the glass and that has culminated with the escape towards an innovative variant of exile.

In his third act, Juan Carlos I can even lose the privilege of being king emeritus. Jane Fonda will remind you that in the third act you cannot have free liberties that lead to ridicule. As an urgent remedy, with his son they have adopted the “social distance” (not six feet, but kilometers). Juan Carlos will also have to put on the mask to, in addition to protecting himself from the pandemic and avoid infecting the Spanish people, hide his now-disappeared smile.