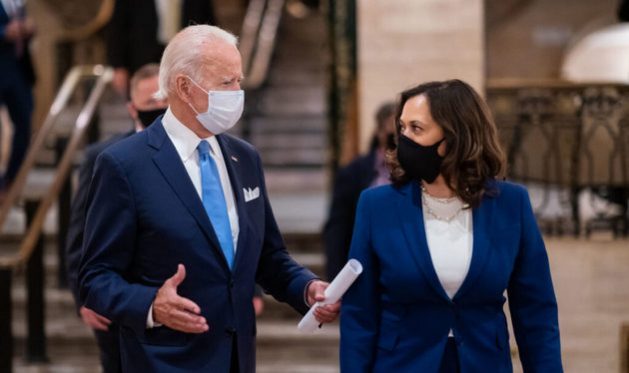 Oct 29 2020 (IPS) - For Europe, the region closest by culture and political tradition to the United States, the mood of the day after the presidential election may be very different from that assumed a priori depending on the verdict.

It is believed that, according to polls and sporadic opinions expressed in analytical articles and direct statements by leaders, support for the Democratic victory is majority. This sentiment is also shared by most of the opinions of the extra-European world, called “liberal-democratic”.

Although it cannot be said that the sentiment is universal, it is also believed that the support of authoritarian regimes for Trump’s candidacy is scarce, with the few exceptions of some leaders who from some quarters have dared to pour out scandalous judgments.

It is not clear, therefore, that, with the exception of Russia and Brazil, the authoritarianism of the rest of the planet is an endorsement of the current occupant of the White House.

Therefore, if that desire is fulfilled, which is frequently alluded as fair, that the citizens of the rest of the world would deserve to participate in the election of the president of the United States, it can be said, especially with respect to Europe, that a triumph of Biden and Harris would be greeted with fireworks.

It is not clear if these strange “voters” are aware of what the new US government would look like and if it would respond to their interests.

Nor is it easy to know before the plebiscite what kind of government in the United States will suit the wishes of Europe.

The reason for this indecision is predominantly due to the persistence of the stereotype that this complex reality is projected onto Europe on the other side of the Atlantic. If this diagnosis is generalized over time, it is even more so today taking into account the seismic changes that the North American society itself has suffered.

These have been buried for a long time and have suddenly surfaced dramatically to the surprise of many citizens, with the exception of the group of voters that raised Trump to the presidency in 2006 and who stubbornly persists in keeping him on the pedestal.

America is no longer the imagined nation of the past (all nations are “imagined,” as Benedict Anderson proposed). The mystique of Normandy and free speech that triumphed when the New York Times and the liberal press that brought down Richard Nixon (1969-1974) and tamed George W. Bush (2001-2009) no longer works the same.

But at the same time the media felt powerless to stop the madness in Iraq, just as years before it was speechless in the face of the tragedy in Vietnam. Nobody believes in the “end of history” anymore, an effective image of the then respected “scholar”, Francis Fukuyama, when he labeled the end of the Cold War as the burial of the ideologies that had competed the market with liberal democracy. Many scholars laughed silently, being left without intellectual work.

But buried history not only survived thanks to the survival of abuse, poverty, and inequality. Trump sold very well the existence of the ills of the United States, attributed to immigrants, the so-called “socialism”, and evil liberalism. We had to “make America great again.”

Now he has finished his special task with a “hat trick” (scoring three goals in a game) by appointing three conservative judges in the Supreme Court. Earlier he had accomplished the feat of systematically and quietly placing dozens of magistrates for life at the judicial levels immediately below.

The neutrality of the third power has been questioned for a whole generation, at least until the death of all the Republican judges who, taking into account the age of the last magistrate, will go a long way.

If Biden’s victory occurs, the majority Democratic sector that will have supported him will have achieved a feat in the face of fear, unrest, and that rise of demons that were supposed to have disappeared. But this victory can also be attributed not only to Trump’s authoritarian behavior during those four years in power, but also to a great extent to his mistakes in administering an effective policy to combat the pandemic.

Ironically, therefore, Trump would had been defeated not by a Democratic political opposition but also by “divine” action. The Cobid19 would had acted like those evil medieval viruses sent by the devil, which decimate the population, and has punished the tyrant. It is not going to be a comfortable conclusion.

That “help” from the pandemic is going to take a toll in the new Biden-Harris era. The surviving marriage made up of the virus and Trump will begin plotting his revenge.

Meanwhile, the new government will have to face new horsemen of the apocalypse: a shattered economy, a huge debt, the revenge of the ultra-right, police resentment, the persistent frustration of blacks and minorities, and a return to the resistance to a determined economic opening, which was a past mark of Democratic politics.

In contrast, in the case of a Trump reelection, it can worsen, not only in the national territory, but also in the spillover that occurs, racism, violence, corruption, poverty and inequality. The “end of history” may mean the beginning of another history, with the disappearance of the United States from the map built since 1945, which paradoxically will have been replaced by an unusual planet.

It would be like that terrifying scene from the best Hollywood movies with the streets littered with wrecked cars, the surviving inhabitants competing for the rest of the food available, and the apes watching the scene from the top of the cracked skyscrapers.