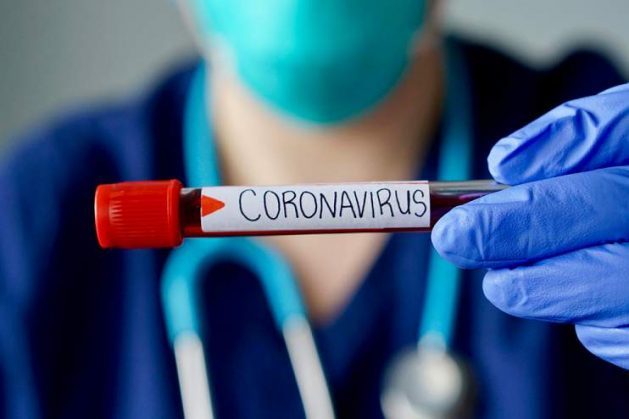 MIAMI, Jul 31 2020 (IPS) - In the cinematic context of the death of the Italian and universal composer, Ennio Morricone, author of the background music of more than four hundred films, as an indirect tribute, Europe took a solid step.

The European Union’s (EU) forceful ban on accepting travelers from the rest of the world has been decided simultaneously with a collective option: an internal opening that covers the entire territory of the Schengen Agreement, an enlarged EU that includes some special non-members (Switzerland, Norway, Iceland, Liechtenstein and the microstates).

Furthermore, the EU seems to favor some countries that belong to its protection ring of its immediate neighborhood: Algeria, Georgia, Tunisia and Morocco. It also gives a vote of confidence to the candidates for the immediate enlargement: Serbia and Montenegro.

In Asia and Africa, Europe recognizes the goodness of Rwanda and Thailand. The EU is pleased, once again, to show a solid portrait. The novelty of the ban is that the EU, replicating the title of a Sergio Leone film, among the most famous works with Morriconi’s musical dressing, sent an unwelcome message to the “ugly”, some heavyweights (Russia, Brazil ).

But the EU flatly pointed out to the “ugly” classic, the United States, that has earned that aesthetic distinction thanks to the showcase appearance of Donald Trump. As a further ignominy, Brussels admits important mutual allies and peers of the United States: Australia, New Zealand, Canada, Japan and South Korea.

In the Latin American subcontinent, Europe reserved to award an impressive individual medal, as if it were a Nobel Prize, to the new “good”: the small Uruguay.

Even protected in the hope of his hasty visit to Trump, Mexico’s Andrés Manuel López Obrador (AMLO) could not escape being labeled “bad.” Noticeable is the everlasting contrast with Canada: Mexico is still “so far from God and so close to the United States”, just as Mexican dictator Porfirio Díaz cursed more than a century ago. Ottawa is just as close to Washington, but it’s not affected by the neighborhood.

On this occasion, the EU leadership did not miss a golden opportunity to show a solid collective face, very often absent, becoming the object of internal criticism and external disdain

Observers from the Latin American scene have been quick to give some explanation to this seemingly shocking global decision. The key for the contrastive assessment, on the one hand, recognition and reaction, on the other, is very simple and, at the same time, complex.

On the one hand, the internal framework of the EU itself must be considered. On this occasion, the EU leadership did not miss a golden opportunity to show a solid collective face, very often absent, becoming the object of internal criticism and external disdain. It is always very difficult to find where the “phone” for Europe resides, as Henry Kissinger once claimed.

Therefore, Europe closes its doors to the most prominent competitors. But, hypocritically, gives a conditioned welcome to none other than China. There is no question of making the Asian giant uncomfortable, leaving the door ajar. Europe notes that Wuhan is the source of the virus (but not as blatantly as Trump repeats), but Brussels acknowledges Beijing’s dictatorial power in controlling the effects.

The result of Washington’s treatment will be that Brussels will become a new renewed object of irritation by Trump, if that tantrum is already something new. Meanwhile, the US Democrats led by Biden will certainly be happy to remind the President of his failed strategy against Covid 19. At the same time, the selection of little Uruguay, champion of the “good”, can boast of the successful control of the pandemic.

In contrast, the awarding of diplomas will highlight the ridicule of ominous giant Brazil under Jair Bolsonaro, the tropical Trump. Even Chile, the country that, led by Sebastián Piñera, initially seemed to show a positive strategy, has remained in the “bad” group.

Without needing to say it explicitly, two “bad guys” are equally qualified by Europe and the United States: Cuba and Venezuela. They have no hope. President Nicolás Maduro of Venezuela is already controlled by Colombia. Cuba excludes itself for its insularity, geographical and political.

Despite all this panorama, the European Union, always so stingy and sinuous, has reserved a special “right of admission”.

Fulfilling its privilege of being fundamentally intergovernmental in its external relations, while border control is a taboo subject, it will review every 14 days (as if it were a quarantine) the composition of the distribution of prizes and sticks. It would not be surprising if some “bad” ones reappear as “good”. But the “ugly” par excellence should put on the mask.

It remains open, finally, to ask about the scenario of winners and losers due to the application of this measure, especially shocking in the American continent.

Firstly, Europe may be harmed by the closure to North American travelers, so much in need of tourism. Export businesses and airlines will take the hit, if the ban is upheld.

In Latin America the losers will be “the underdogs”, to continue remembering the novel by Mariano Azuela. They will see their traditional escapes in emigration diminished and the consequent benefit of remittances.

Argentina, Brazil and Mexico will recall their weak position in a global network that only recognizes them as giants with feet of clay.

But the EU has self-imposed an expansion of the “bad” ones: the United Kingdom, France and Germany have restricted travel to Spain, causing the collapse of tourism.

Joaquín Roy is Professor Jean Monnet and Director of the European Union Center at the University of Miami jroy@miami.edu