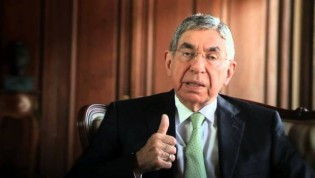 By Oscar Arias Sanchez
On September 12 the government of Costa Rica commemorated the 25th anniversary of the signing of the Esquipulas II Accord, which restored peace to Central America after a period of conflict that lasted 30 years. The agreement was signed by all countries of Central America.

The Errors of the Present Weigh Heavily on the Future.

By Oscar Arias Sanchez
The globalised world offers challenges as well as opportunities. This is not a criticism of globalisation; it simply means that while we take advantage of the opportunities it offers we must be sure to address the challenges it presents.

By Oscar Arias Sanchez
Latin American democracy has had to struggle against every kind of ideological experiment and event, some more lethal than others to the ideals of democracy, justice, freedom, and economic growth. Today many countries have forgotten how crucial it is to preserve the rule of law and especially the security of people and their possessions, without which there is neither competitiveness, democracy, nor peace. Until a few years ago it was believed that economic and social development were possible in an environment with weak institutions.

HAITI’S DECISION TO REARM IS AN OBSTACLE TO PEACE, DEVELOPMENT, AND FREEDOM

By Oscar Arias Sanchez
SAN JOSE, Dec (IPS) After the announcement that the government of Haiti had decided to reconstitute its army, I asked President Michel Martelly to reconsider his decision, pointing out a lesson written clearly into human history: in Latin America, the majority of armies have been enemies of progress, of peace, and of freedom.
ADVERTISEMENT ADVERTISEMENT