SAN JOSE, Oct 10 2012 (IPS) - On September 12 the government of Costa Rica commemorated the 25th anniversary of the signing of the Esquipulas II Accord, which restored peace to Central America after a period of conflict that lasted 30 years. The agreement was signed by all countries of Central America. 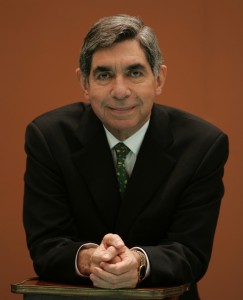 The fact that humans enjoy the prodigious faculty of memory is far more than a poetic caprice of history. It is a sign of evolution and perhaps the most important feature of the species that left the darkness of the cave to set about building the marvel of civilisation. We do not remember merely to swell the shelves of archives or populate the stories of grandparents, but rather to make possible a better life. In other words, the meaning of memory lies in its relation to the present and gives us an advantage with respect to earlier times.

The anniversary of the accord may pass unnoticed by millions of Central American youth, but more than an oversight, this is a privilege. It is a privilege to not know the shaking of the earth caused by passing tanks, or the smell of blood in the air, or the taste of gunpowder, the colour of death, the cries heard through neighbours’ walls. Thus the significance of this date may be best understood in terms of what is absent: soldiers who no longer have to die, families who no longer have to flee their homes.

For those who know only the Central America of today, it would be difficult to believe the stories told by millions of refugees who flooded across the borders in the 1980s. Or towns annihilated by the hands of brothers with arms from either the United States or the Soviet Union. Or secret training camps where boys who barely understood the reasons for war graduated, stoked with hatred and violence. The conflict grew into a battle for military pre-eminence between two superpowers whose ambitions exhausted efforts to bring about peace by the Contadora Group (Colombia, Mexico, Panama, Venezuela) and the Support Group (Argentina, Brazil, Peru, Uruguay). The failure of these initiatives opened the way for Costa Rica’s proposal of what was called the Peace Plan.

It was in this whirlwind of angst that Costa Rica went to the polls in February 1986. The war in Central America was the central issue of the electoral campaign as it was increasingly clear that our country could not remain on the sidelines of the conflict for very long. The choice was stark: Costa Rica would either have to take up arms or dedicate itself entirely to bringing about peace.

Again and again I argued that peace in the region was essential to the country’s development. No initiative inside Costa Rica could counterbalance the chaos in which we found ourselves submerged. Foreign policy is not a decoration a country can choose to festoon itself with; rather, diplomacy is essential to a nation’s efforts to build a better future for its people. Costa Ricans understood this fact, which generated the mandate I received in winning the election.

My intention was to propose a peace plan that would restart dialogue and advance a solution to the conflict in the region. The document contained 10 priority actions, including the following: at the start of negotiations all belligerent parties would have to suspend all military operations. The prevailing approach to conflict resolution then and still today holds that negotiations are complete once a ceasefire is achieved. The Peace Plan, in sharp contrast, made a ceasefire one of the necessary conditions for holding talks of pressure in an environment that was truly amenable to the creation of lasting peace.

While the ceasefire thus served as the opening for peace, its underlying focus was the democratisation of the region. This was the distinctive feature of the accord and ultimately its decisive component. The U.S. government looked favourably on the formation of a democratic regime as the essential condition of peace but insisted that the only end to the conflict would come from an armed confrontation between the Nicaraguan Contras and the Sandinista government.

The Soviet government and the Cuban regime, in contrast, rejected from the beginning the Costa Rican proposal of including the establishment of democracy in the agreement. Thus there was no common ground: neither then U.S. president Ronald Reagan nor Soviet leader Mikhail Gorbachev trusted the diplomatic approach. For them, peace could emerge only from a prolonged battle.

How could we approve a plan that the most powerful nations in the world objected to? All five Central American presidents shared a profound sense of historic responsibility and the ability to recognise that the process they advanced was not a power grab but an act of the most elemental humanity. The destiny of millions of people depended on our willingness to engage in dialogue, our will to act, and our belief in a future of peace for Central America.

The agreement we reached in Esquipulas, Guatemala, on August 7, 1987, was but one step forward in a fight to have the will of Central Americans respected. The implementation of the Peace Plan was threatened relentlessly by hawks who wanted the process to fail. But we had already laid the cornerstone, and won the backing of the international community. Brick by brick, we were building a peace that still needs both architects and masons.

In these days, Central America is both celebrating a memory and fanning the embers of a dream that we are still building as a species. This goal, formulated by the Greeks, was recalled by Robert Kennedy the day of the assassination of Martin Luther King Jr.: “Let’s dedicate ourselves to what the ancient Greeks wrote so many years ago, to tame the savageness of man and make gentle the life of this world. ”
(END/COPYRIGHT IPS)