In this column, two-time Costa Rican president and Nobel Peace Prize-winner Oscar Arias sets forth his reasons for not accepting the implicit and explicit invitation from large sections of society to run for president for a third time. 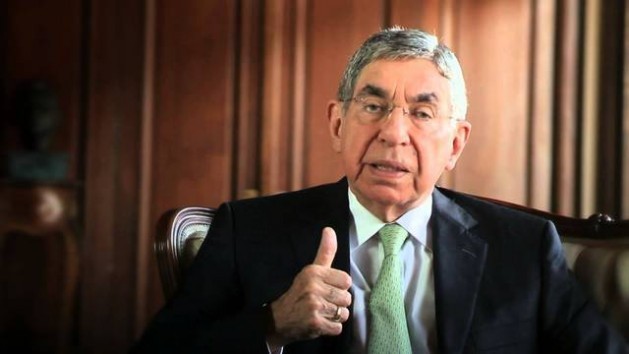 SAN JOSÉ, Sep 20 2016 (IPS) - I have put a great deal of thought into whether or not to return to politics. Groups from different political parties, and without party affiliation, have expressed their concern over the current situation in the country and have offered me their support. And the opinion polls indicate that I would have a chance at a third presidential term.

The support of so many people fills me with gratitude. There is no greater reward for me than feeling the confidence and trust of the Costa Rican people, because it is based on deeds and actions, on knowing me for over 45 years, and knowing that, with all my defects, I always say what I think and do what I say.

The approval of my first two administrations is a reflection of what we managed to do together. In the 1980s, we brought peace to a region crushed by war, and we thus put Costa Rica on the world map.

Ten years ago, we inserted our small country in the international economy, and we put it on the map again when the United Nations approved the Arms Trade Treaty, Costa Rica’s biggest contribution to humanity in its entire history.

For many months I have weighed the contribution that I can still make, serving Costa Rica once again, against the need to give a boost to the emergence of a new generation of Costa Rican leaders. And I’m not thinking about the next four years. I’m thinking about the next 40. I have enough strength and enough ideas to serve them again. But I also know I’m not indispensable. No one is indispensable in a democracy.

This is something I have said many times: one of the main obligations of a political leader is to foster new leadership. The future of a country depends on the continuous emergence of new cadres willing to take up the baton. Only tyrants cling to power.

Democrats, of whom I am one, understand the importance of stepping aside. I believe the next generations must be given space, and this is the main reason for not running again for president.

The second reason arises from the political ungovernability in Costa Rica. The opposition doesn’t bother me; on the contrary, I have always believed that in a democracy if there is no opposition, it has to be created. I believe a good government requires someone on the other side of the sidewalk, reminding it of its commitments and holding it accountable.

Unfortunately, there is a segment of the opposition in our country which, instead of demanding that the government in office make good on its promises, uses any tool to keep it from doing so. Rather than allowing it to implement the government plan that voters supported at the polls, they spend four years carrying out a continuous election campaign, standing in the way of progress in the direction that the people said they wanted.

On May 8, 2006, when my second government took office, I made the following appeal to Costa Ricans, which continues to apply today:

“I hope that we learn that no party or social segment has a monopoly on honesty, patriotism, good intentions and love for Costa Rica. I hope that we can understand that the responsible use of political power is much more than pointing things out, complaining, and hindering, and consists above all of engaging in dialogue, working together and building.

“I hope we will be able to tell the difference between adversaries and enemies; understand that willingness to compromise is not a sign of weakness, just as intransigence is not a sign of strength. I hope we can do away with the pettiness of our political debate, raise up our heads, look forward and think big.”

The third and last reason that pushes me to make this decision is that I think there are many ways to work for the people of Costa Rica. They say that someone who is only good at being president is not even good at that. That is, if you can only exert influence from the presidential seat, it will not be a strong influence.

I don’t plan to retire. I will continue to express my opinions about the way things are going in the country, and I will continue to support the causes I believe in: I always defended what I consider is best for our people, and above all, for the less fortunate.

I will continue to tirelessly advocate the need for Costa Rica to approve educational reforms that make it possible to boost the quality of education in our primary and secondary schools and our universities, such as dual education, evaluation of teachers and ensuring that our young people receive the skills needed to compete in today’s world.

I will continue to insist on the need for Costa Rica to modernise its economy, invest in infrastructure, insert itself even more in the global markets, significantly bolster its competitiveness and rev up its engines of productivity, the best instrument to reduce inequalities. And I will continue defending democracy, peace and disarmament, because the small size of our country should never be the measure of its moral authority.

I have decided not to run for a third presidential term because I believe that the main problem we are facing is medium- to long-term. If we don’t manage to elevate the quality of politics and increase interest in public service, if we fail to get the most capable, educated and honest people to participate in political life, the sustainability itself of our democratic system is at stake.

To preserve this way of life that we have enjoyed for years, we have to encourage young people to lay their hands on the helm of history.

This is a country of young people. It’s the new generations that have to fight for, and exercise, power. If they don’t like the direction the country is moving in, they should change it. You can do a lot of good outside of politics, but a country where everyone is outside politics is a country adrift.

Arnold Toynbee, the great British historian, said “The greatest punishment for those who are not interested in politics, is that they are governed by people who are.”

Young people must occupy their rightful place in decision-making. They should take the helm of this ship we call fatherland; it will go in the direction of their commitment, or their indifference. I hope the Costa Rica of the future will not be the fruit of their omission, but of the most determined transformative action!

My profound gratitude to everyone who has supported me. Thank you so much for your affection and your trust. Thanks so much for the people of Costa Rica, who continue to move me, to inspire me, and to give me reasons to believe that politics is an instrument for doing good, for achieving peace, for doing justice; that politics is the workshop of dreams where perhaps they can become more realistic, more precise, more concrete, but also the place where dreams can come true.

The views expressed in these articles are those of the authors and do not necessarily represent the views of, and should not be attributed to, IPS-Inter Press Service.