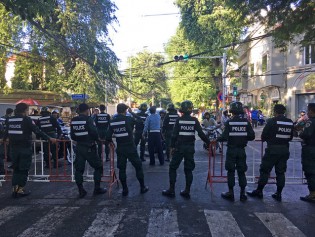 By Mandeep S.Tiwana
Whistle-blowers like Edward Snowden and Julian Assange are hounded – not by autocratic but by democratic governments – for revealing the truth about grave human rights violations. Nobel peace prize winner, writer and political activist Liu Xiaobo  is currently languishing in a Chinese prison while the killing of Egyptian protestor, poet and mother Shaimaa al-Sabbagh, apparently by a masked policeman, in January this year continues to haunt us.
ADVERTISEMENT ADVERTISEMENT