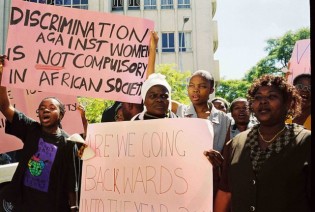 By Teldah Mawarire
For many Zimbabwean voters, casting their ballots on July 30 is sure to be a somewhat surreal experience. For the first time since the country’s independence, the ever-present face of Robert Mugabe will not be staring back at them on the ballot paper.

By Teldah Mawarire and Grant Clark
In African countries where journalists are targeted with killings and beatings while traditional news outlets have been muzzled by governments and other actors unhappy with criticism, bloggers and social media users have become the new independent media by providing much-needed coverage, commentary and analysis.

By Teldah Mawarire
Europe is in the throes of a refugee crisis and it’s not difficult to see that it does not quite know how to respond to it. By mid-October more than 600,000 people had reached Europe by sea.
ADVERTISEMENT ADVERTISEMENT