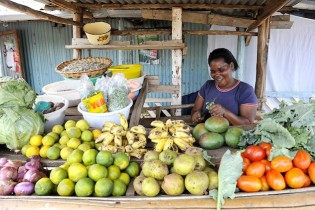 By Issa Sikiti da Silva
Last year, Mohamed Keita returned home to Mali after living and working in Libya for six years. Eighteen months ago he was arrested by security forces in Libya as he and other migrants tried to cross the Mediterranean Sea to Europe via a makeshift boat. After spending a traumatising six months in jail, he was transported back to Mali. But as soon as he arrived he immediately knew that it would be difficult for him to stay put.

By Issa Sikiti da Silva
Malian widow Mariama Sow, 30, and her three children are trying to find some semblance of normalcy in their lives in Dakar, Senegal, since they left the historic city of Timbuktu in northern Mali last June to escape the Islamist occupation.

By Issa Sikiti da Silva
One of Amina Diallo’s sons, 14-year-old Salif, has been missing since August last year. She thinks Islamists kidnapped him while he was on his way to the market in their hometown of Gao, in northern Mali, and recruited him as a child soldier.
Next Page »
ADVERTISEMENT ADVERTISEMENT