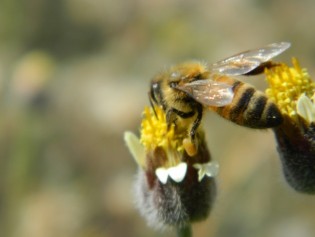 By Esther Ngumbi
The statistics are stark. The crisis is unprecedented. Yet again, according to the United Nations, famine looms in Somalia, with hundreds of thousands already facing starvation. In addition, droughts, and catastrophic hunger levels have left over 500,000 children malnourished and at risk of dying. This is already nearly 200,000 more than the 2011 famine. Urgent immediate actions must be taken now, both to address the crisis in the short-term and long-term.

By Esther Ngumbi
Cities across the world including New Jersey and  California, a State that is home to a multi-billion dollar agricultural industry, have continued to experience climate change linked extreme events including scorching temperatures, extreme heat events, heavy storms and flooding with devastating impacts on agriculture, food security,  and  food systems.

By Esther Ngumbi
Around the world, Earth Day 2022 is being celebrated.  The theme this year is “Invest in Our Planet”. To mark the day, activities such as planting trees, protests, marches, cleaning up litter, and conferences will be held to highlight the importance of investing and taking care of our planet.

Here’s to the Newbies in Science Communication

By Esther Ngumbi
In the spirit of science communication, I posted via twitter a video clip of a bee that had taken a little too much of pollen. It received over 30,000 views and had over 100,000 impressions. Over the years, before the pandemic, thanks to several science communication workshops and trainings about various ways to communicate science, I have continued to grow as a science communicator.

By Esther Ngumbi
Recently, the UK contributed £17 million to support the Food and Agriculture Organization of the United Nations (FAO) to continue their efforts to combat the desert locust surge in East Africa and improve early warning and forecasting systems.
Next Page »
ADVERTISEMENT ADVERTISEMENT