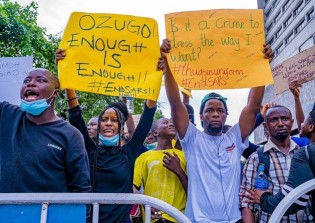 By Ifeanyi Nsofor
Recently, Barcelona's Liceu opera opened its 2020-2021 season by serenading a full house of plants with classical music. The plants will then be given to over 2,200 health workers who serve at the frontlines to battle the pandemic. The performance was both an appreciation for the workers and it also celebrated the return to normalcy following the devastations caused by COVID-19.

By Ifeanyi Nsofor and Adaeze Oreh
As COVID-19 surges globally and leaves fear and panic in its wake, global efforts are underway to find a cure. Yet, the same level of response is lacking for several other infectious diseases that kill millions annually. These kinds of neglected tropical diseases (NTDs) are a broad group of communicable diseases which affect more than two billion people and cost developing economies billions of dollars every year.

By Ifeanyi Nsofor
Coronavirus is now a pandemic and the World Health Organization considers Europe as its new epicenter. Italy, Spain and France are on lockdown and several nations are banning travelers from countries where cases are on the rise.

News Agencies Must Paint a Complete Picture of Coronavirus

By Ifeanyi Nsofor
Recently, New York Governor Andrew Cuomo said, “We have an epidemic caused by Coronavirus, but we have a pandemic caused by fear “.

By Ifeanyi Nsofor and Shubha Nagesh
Recently, Madhukar Pai, the Director of McGill University Global Health Program wrote about the inequity in global health research. He observed that researches are skewed in favor of the global north. We agree that this inequity exists. However, we also have found that global fellowships such as the Atlantic Fellowship, of which we are both Senior Fellows, are platforms to reverse this inequity, foster international partnerships and amplify voices of development practitioners from the global south.

By Ifeanyi Nsofor
Dr. Wouter, a Dutch doctor who helped perform surgeries and train colleagues in surgical skills in underserved areas of Sierra Leone died of Lassa Fever. He was infected as a result of performing a Caesarean section on an infected pregnant woman.

By Ifeanyi Nsofor
Free movement of people and goods across Africa increases the risk of transmission of infectious diseases. The continent must realise that it is no longer a question of if disease outbreaks will occur, but instead, of when, and how fast.

UNAIDS and WHO Africa Leaders Should Prioritize Women’s Health

By Ifeanyi Nsofor
Recently, the World Health Organisation (WHO) launched global consultations for a new Roadmap on how to eliminate Neglected Tropical Diseases (NTDs). The roadmap would help achieve universal health coverage by 2030, address health emergencies and promote healthier populations.

By Ifeanyi Nsofor
The 2019 G20 Summit was held recently in Osaka, Japan. The Summit ended with the “G20 Osaka Leaders’ Declaration”, which identifies health as a prerequisite for sustainable and inclusive economic growth, and the leaders committed to various efforts to improve epidemic preparedness.
ADVERTISEMENT ADVERTISEMENT