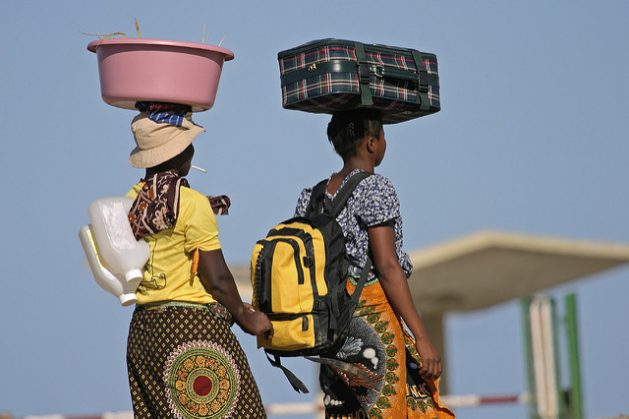 May 6 2021 (IPS) - Recently, both Republics of Benin and Chad held their 2021 national elections. These countries are among thirteen countries on the continent billed to elect new political leaders in 2021 alone. This is a good opportunity to improve conditions on the continent. Indeed, the COVID-19 pandemic has magnified other issues on the continent like youth unemployment that better leadership could help improve.

These are three ways West African leaders can better help their nations at this time of COVID-19 and beyond.

First, the rate of youth unemployment must be effectively tackled.

Younger nationals must be encouraged and supported to enter politics at all levels, vying for not only executive office, but also parliamentary seats in local, state and national elections

According to the United Nations, about 64% of the population in West and Central Africa are aged below 24. Although these young people are a huge resource for the region, unemployment, and a failure to invest and develop such as agriculture, education, health, and industry have led to an under-utilisation of this vital resource.

Sadly, the World Bank reports youths account for 60% of all of Africa’s jobless. For a continent with more than 200 million people aged between 15 and 24, the continent is home to the world’s youngest population whose level of unemployment is twice that of older adults.

Most electioneering and campaign messaging encourage violence, and with an astonishing number of unemployed and “working poor” amongst youth in the sub-region, these young people are ready tools to be used for violence, election fraud and social unrest, not to mention communal conflict and gang violence.

With informal employment being the default at up to 89% of jobs in sub-Saharan Africa, social safety nets and workers’ rights are inaccessible to most youths.  Last year, Ghanaian President Nana Addo Akufo-Addo announced that his country would cease to export cocoa to Switzerland, its largest trade partner, to increase cocoa processing and chocolate manufacturing for export.

This bold move which speaks to a focus on innovation could however change the status quo for Ghana and the West African sub-region. Harnessing the country’s youthful population into innovation-led agricultural and value-adding industrial processes medical equipment and vaccines will attract new and improved business ventures, which would lead to the creation of more jobs and economic growth.

Secondly, we must involve youths in elective offices.

United Nations projections reveal that over the next twenty-five years, the population of sub-Saharan Africa is projected to double (in what constitutes a 99% increase). For the youngest continent in the world, there is a vast disconnect between its people and its leaders – age, as the region plays host to some of the “oldest and longest-serving political leaders”.

Changing the political narrative will require Africa’s youth to throw their hats in the ring and defy entrenched systems of elder deference to bring about political change. Younger nationals must be encouraged and supported to enter politics at all levels, vying for not only executive office, but also parliamentary seats in local, state and national elections.

Lastly, there must be gender balance in elective offices.

Experience from the COVID-19 pandemic illustrated that nations that were successful in containing the virus were mostly women-led. There have been suggestions that women leaders are more diverse and inclusive in the perspectives brought to bear in their exercise of leadership, and prioritise the protection of their citizens over risk.

Ellen Johnson Sirleaf’s leadership in the eye of the storm of the West African Ebola outbreak of 2014 is a case in point. Madam Sirleaf herself has stated that the success of women leaders in addressing the COVID-19 pandemic has been borne out of their readiness to “draw on informal networks, ingenious partnerships, community support and alternative resources to solve problems.”

COVID-19 has affected all aspects of governance – economy, businesses, healthcare, education etc. Consequently, it will take a long time for economies to recover to pre-pandemic levels.

To quote Ellen Johnson Sirleaf: “Now is the time to recognize that developmental transformation and true peace cannot come without fundamental change in who is leading and the ways of leading.”

Dr. Ifeanyi McWilliams Nsofor is a graduate of the Liverpool School of Tropical Medicine. He is a Senior New Voices Fellow at the Aspen Institute and a Senior Atlantic Fellow for Health Equity at George Washington University. Ifeanyi is the Director Policy and Advocacy at Nigeria Health Watch. You can follow him on Twitter @ekemma.

Dr Adaeze Oreh is a Consultant Family Physician and Country Head of Planning, Research and Statistics for Nigeria’s National Blood Transfusion Service. She is also an Amujae Leader and Senior Fellow for Global Health with the Aspen Institute in Washington D.C. You can follow her on Twitter at @Adaeze_Oreh

John Lazame Tindanbil  is a public health practitioner working to provide quality reproductive healthcare, including safe abortion services. He leads MABIA-Ghana and is a Senior New Voices Fellow at the Aspen Institute. You can follow him on Twitter @JLazame_5090