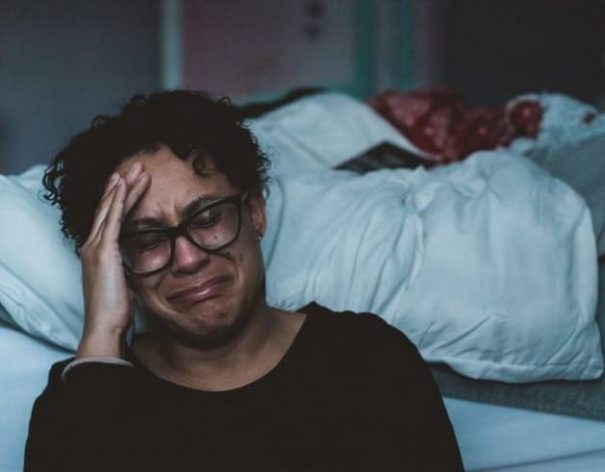 Miscarriage is the most common reason for losing a baby during pregnancy. It happens for up to 15% of women who knew they were pregnant.. Credit: UNSPLASH/Claudia Wolff.

ABUJA, Dec 29 2020 (IPS) - Recently, Meghan Markle, the Duchess of Sussex, wrote a piece sharing about her miscarriage. I knew, as I clutched my firstborn child, that I was losing my second, she wrote. She is part of a growing list of celebrities who have publicly shared their experiences with miscarriages.

Model Chrissy Teigen also recently shared the pain she and her husband singer John Legend felt about the miscarriage of her third pregnancy. While celebrities may make news for sharing their personal grief, they are not alone in experiencing it.

Miscarriage is the most common reason for losing a baby during pregnancy. It happens for up to 15% of women who knew they were pregnant. According to World Health Organization, a baby who dies before 28 weeks of pregnancy is referred to as a miscarriage, and babies who die at or after 28 weeks are stillbirths. Most miscarriages are due to chromosomal anomalies. The risk of miscarriages increases with age.

No matter when it occurs, however, nor how old the pregnant woman is, a miscarriage exerts huge mental stress on the women and their families.

"This is one part many women who have gone through loss are never asked or speak of. Reading hers, I remember mine. We all just learn to live with it. If I will ever write a book, I will of mine"

When I tweeted about Markle’s piece,  Abuja-based Martha Ngodoo responded to my tweet – “This is one part many women who have gone through loss are never asked or speak of. Reading hers, I remember mine. We all just learn to live with it. If I will ever write a book, I will of mine”.

After reading Ngodoo’s tweet, I was compelled to reach out and hear her story. She said she experienced both miscarriage and stillbirth. She is now a 40-year-old mother of three.

Her first experience was a stillbirth that happened 16 years ago during her first pregnancy when she was 24 years old. This was a case of a poorly managed preeclampsia (high blood pressure in pregnancy). She went into labor and was rushed to the hospital. She was in labour for 72 hours. The medical team tried to induce labour using oxytocin but was unsuccessful. Her dead baby was eventually pulled out by hand in an assisted delivery.

Her second experience was a miscarriage which happened five years after. She was aged 29 years then and the miscarriage took place at her twenty-second week in pregnancy. She had a fever during this pregnancy. One night, she woke up with the urge to urinate. When she attempted, her baby came out in bits. She was then rushed to the hospital and the baby was completely expelled. It was a horrible experience, she said.

Both experiences made Ngodoo wonder what she had done to deserve such pain, twice. Though her husband was very supportive, she was worried about giving him dead babies from her pregnancies. Some cultural beliefs made this more difficult. Her husband suggested they move into his parent’s home so she could get additional support. However, this turned out to be very unhelpful. For instance, her father-in-law wanted her to continue life as if nothing happened after the stillbirth.

Ngodoo is stronger now and after many years and three successful pregnancies, she is able to talk about her experiences without feeling sad. When I asked her what she recommended for helping women deal with the pain of miscarriages and stillbirth, she shared three suggestions.

First, don’t tell a woman that it is “okay” when she loses a pregnancy and dismiss what she’s been through. Women undergo physical and psychological changes during pregnancy. They develop deep attachments to their unborn babies and losing one is painful. It is okay for a woman who has lost a pregnancy not to feel okay.

Fourteen years after, Ngodoo still wonders what her daughter would be like now if the pregnancy did not end in a stillbirth.  She still does not know where her daughter was buried. These are thought that still plague her mind, even though she is not as devastated as she once was. She has learnt that talking about such experiences allows victims to exhale and then allow the healing process to begin.

Second, women that lose pregnancies need mental health support. Ngodoo wants more women to receive the kind of mental health support that would enable them to speak about their experiences.  A way to achieve this is through training counsellors to lead support groups for victims.

These support groups could be at communities, health facilities or embedded within professional associations. There are lessons from the UK-based Miscarriage Association. The association has a network of support volunteers, who have been through the experience of pregnancy loss themselves and can offer real understanding and a listening ear. This is done physically or virtually, through Zoom meetings.

Third, families of victims of miscarriage should be safe havens, especially when others may not have even known about the pregnancy, let alone the loss. Sadly, this is not always the case.

Ngodoo lived with her in-laws (in the family house) after her wedding. She feels her in-laws should have understood her loss better and not attempted to get her to resume normal activities immediately. She wishes visitors to the house wouldn’t have told her that she should carry on with her life because she is not the first woman to lose a pregnancy.

Ngodoo is now a mother to a daughter and two sons. Her daughter is 7 years old and her sons are 13 years and 10 years respectively. She describes her two sons as rainbow babies – born immediately after miscarriages. They are the sunshine that we are blessed with after a loss, she said.

With support, women can begin to heal after miscarriage. When women feel strong enough to share their miscarriage stories, it inspires others. The Duchess of Sussex is inspiring women by sharing her story. This should be the norm.