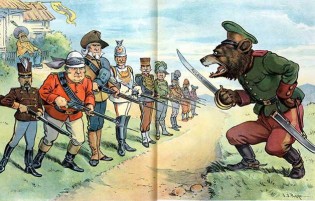 By Jan Lundius
Can a pitiless, offensive war waged against a sovereign state be justified? In my opinion the answer is an unequivocal “No!”. Ukraine has the right to defend itself against Russia’s reckless and extremely destructive invasion and EU’s support to a neighbouring country attacked by a superior enemy is definitely correct. However, several Latin American intellectuals and leaders are willing to accept Putin’s narrative, instead of Zelensky’s, namely that the war in Ukraine is actually a war between Russia and USA, which by stalling Russia’s and China’s ambitions intends to maintain its supremacy as a superpower, while using Ukraine as a pawn in its power game.

By Jan Lundius
During the beginning of the pandemic, people wanted to learn more about COVID-19. Enclosed in their homes they watched with fear and fascination how the pandemic swept over the world, while comparing numbers of affected people and the death-toll in different countries. Watching COVID’s rampage became a kind of horror show. However, already after a few months with death-tolls rising and isolation not being over anytime soon, psychological fatigue set in. Judging from media coverage it now appears as if the pandemic finally is over, which is far from being the case.

By Jan Lundius
Georg Hegel once stated: ”What experience and history teach is this — that nations and governments have never learned anything from history, or acted upon any lessons they might have drawn from it.” Nevertheless, self-taught historian Vladimir Putin has learned to interpret history in his own manner. During COVID he went down in Kremlin’s archives and after studying old maps and treaties he wrote a lengthy essay On the Historical Unity of Russians and Ukrainians, while declaring that ”the formation of an ethnically pure Ukrainian state is an aggression directed against Russia.”

By Jan Lundius
While living and working in Paris I joined the Cercle Suédois, a social club founded in 1891, at a time when Sweden and Norway were unified in one kingdom. By that time, Alfred Nobel was a frequent guest and in one corner I sometimes ended up standing in front of the writing desk where he in November 1895 had written his famous testament, stipulating that 94 percent of his total assets (equivalent to 120 million USD in today’s money value) was to be allocated to the establishment of five prizes. These prizes would every year be awarded to deserving individuals, who ”irrespective of their nationality” had contributed to ”the progress of humanity and preservation of peace in the world.”

Truth as War Causality? The Case of Ethiopia

By Jan Lundius
A brutal drama is unfolding in Ethiopia and it is difficult to find straightforward accounts of what is happening there. However, this does not prevent people from taking a unilateral stand for either of the factions involved in the disaster.

By Jan Lundius
I am in the Swedish countryside, lush and beautiful in its late summer attire, having a conversation with the son of a friend of mine. Oskar Olin runs a sheep farm, Stabbehyltan Lamm AB, where he practises holistic management. His three-hundred sheep graze within an area of 30 ha where Oskar every day moves his flock from one pasture to another. It takes between 45 to 90 days before the sheep are back on the same pasture where the rotation began. The animals are thus not overgrazing the area, while they at the same time trample down a protective layer of vegetation, which fertilizes the soil. Carbon is bound in the earth, soil organic matter increases, retaining humidity and accordingly deepen the root systems of wholesome plants.

By Jan Lundius
By the end of April 2019, a government campaign to vaccinate more than 40 million children under five against polio in Pakistan was suspended after a series of attacks on health workers and police. On 23 April, a police officer protecting polio workers was gunned down in Bannu, the same day a polio worker was in Lahore seriously wounded by a father “protecting his child from vaccination”, these incidents were followed by the murder of another police and a health worker under his protection. Health workers were also seriously wounded in the districts of Sindh, Balochistan and Punjab. Afghanistan and Pakistan are the only countries where polio remains, in all other nations of the world vaccination campaigns have eliminated the disease. In April this year, three female polio vaccine providers were killed in Afghanistan.
Next Page »
ADVERTISEMENT ADVERTISEMENT